Posted: 28 May 2021 | Hannah Balfour (European Pharmaceutical Review) | No comments yet

Investigators at the Goethe University of Frankfurt believe that post-transcriptional modifications may be causing the clotting problems associated with recombinant vector COVID-19 vaccines. 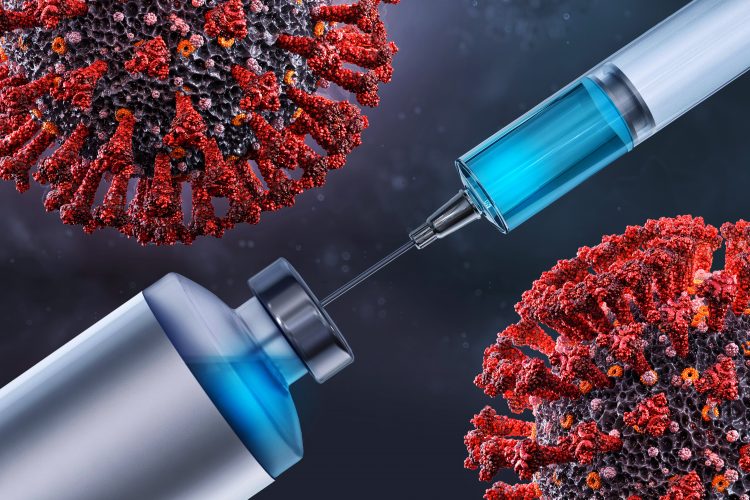 Researchers believe they may have identified the cause of blood clots occurring after immunisation with recombinant vector COVID-19 vaccines, such as AstraZeneca’s Vaxzevria and the Janssen COVID-19 Vaccine. These rare clotting events include cerebral venous sinus thromboses (CVST) and splanchnic vein thrombosis (SVT) with thrombocytopenia (low blood platelets).

COVID-19 is the disease caused by the SARS-CoV-2 coronavirus. To infect human cells, an extracellular protein on the SARS-CoV-2 virus, known as the Spike (S) protein, must interact with the angiotensin-converting enzyme 2 (ACE2) receptor expressed by certain human cells. To combat this process, vaccines have been designed to prime the immune system to recognise and attack viruses expressing the S protein. With regards to recombinantly vectored vaccines, this priming is done by using an adenovirus vector that cannot cause disease in humans. The adenovirus is modified so that it delivers a copy of the genetic code required to produce the SARS-CoV-2 S protein to human cells. As a result, these cells then temporarily produce the S proteins via transcription, which are transported to the outer membrane as membrane-anchored proteins. The immune system then responds to these proteins, creating immune memory.

According to preliminary research published in preprint, the rare clotting events that have been reported with these vaccines may be caused to something they deemed “Vaccine-Induced Covid-19 Mimicry” syndrome (VIC19M syndrome). The scientists found that undesirable splicing events following the transcription of the S protein in human cells may result in the proteins being truncated (shortened) at the C-terminal, resulting in soluble S proteins being released into the blood to interact with tissues expressing ACE2 receptors. The interaction with these tissues, particularly endothelial cells in the blood vessels, may result in the adverse side effects of blood clotting, similarly to what is observed in patients with severe COVID-19.

The researchers also offered a potential explanation for why this blood clotting occurs with recombinant vector vaccines and not the messenger RNA (mRNA) vaccines. According to the investigators, mRNA vaccines deliver the appropriate mRNA molecule coding for the S protein directly to the muscle cells surrounding the injection site. Once cells have successfully taken up these nanoparticles, they release their cargo mRNA into the cytosol, where it will be translated into the S protein in the rough endoplasmic reticulum (ER). After translation and folding, the S proteins are post-translationally modified in the ER and Golgi apparatus and transported to the outer membrane as membrane-anchored proteins. However, they suggest that when delivered via an adenoviral system, such as Ad5, Ad26 or alternatively chimp Ad, the adenovirus enters the cell, is uncoated within the cell and then the adenoviral DNA enters the nucleus before it is transcribed into mRNA for the protein to be produced in the cytosol. The post-transcriptional modifications to the mRNA that occur in the nucleus before it is transported for translation into protein are what the scientists suggest may be causing the problem.

The research was undertaken by Dr Rolf Marschalek and colleagues at the Goethe University of Frankfurt in Germany.