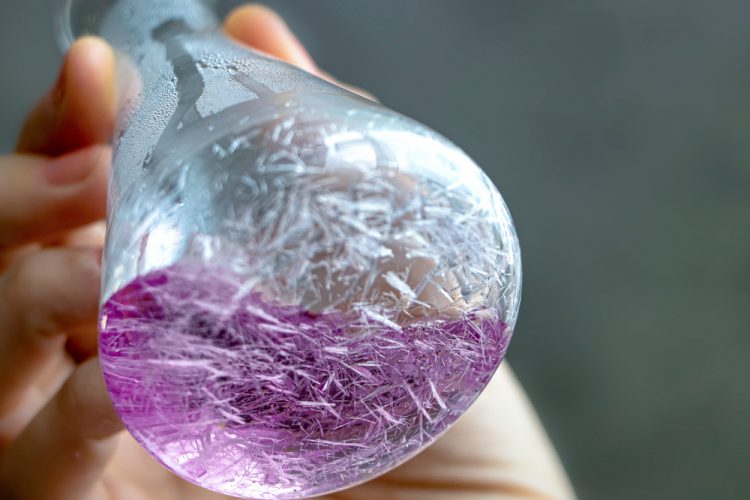 The device developed by researchers at the University of Illinois Chicago (UIC), US, consists of a series of wells in which a drug solution – an active pharmaceutical ingredient (API) dissolved in a solvent, such as water – can be mixed with an anti-solvent in a highly controlled manner. When mixed together, the two solutions allow for the API crystals to form a nucleus and grow. The device allows scientists to alter the rates and ratios at which the solution is mixed with the anti-solvent, creating multiple conditions for crystal growth. As the crystals grow in different conditions, data on their growth rates, shapes and structures is gathered and imported into a data network.

The UIC researchers led by Meenesh Singh, in collaboration with the Enabling Technologies Consortium, have validated the device using L-histidine, the API in medications being developed to treat conditions like rheumatoid arthritis, allergic diseases and ulcers. This research was published in Lab on a Chip, a journal of the Royal Society of Chemistry. 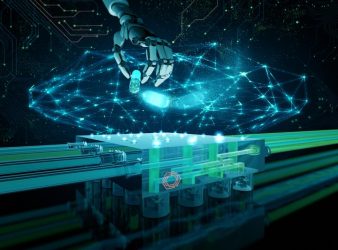 An illustration of the continuous-flow microfluidic device for rapid screening of crystals of active pharmaceutical ingredients. As crystals grow, automated data acquisition and parallel processing allow for high-throughput screening, which can help to engineer better medicines [Credit: Meenesh Singh/UIC].

“The pharmaceutical industry needs a robust screening system that can accurately determine API polymorphs and crystallisation kinetics in a shorter time frame. But most parallel and combinatorial screening systems cannot control the synthesis conditions actively, thereby leading to inaccurate results,” said Singh, UIC assistant professor of chemical engineering at the College of Engineering. “In this paper, we show a blueprint of such a microfluidic device that has parallel-connected micromixers to trap and grow crystals under multiple conditions simultaneously.”

In their study, the researchers found that the device was able to screen polymorphs, morphology and growth rates of L-histidine in eight different conditions. The conditions included variations in molar concentration, percentage of ethanol by volume and supersaturation – important variables which influence the crystal growth rate. The overall screening time for L-histidine using the multi-well microfluidic device was about 30 minutes, which the team said is at least eight times shorter than a sequential screening process.

The researchers also compared the screening results with a conventional device. They found that the conventional device significantly overestimated the fraction of stable form and showed high uncertainty in measured growth rates.

“The multi-well microfluidic device paves the way for next-generation microfluidic devices that are amenable to automation for high-throughput screening of crystalline materials,” Singh said. He concluded that better screening devices could improve API process development efficiency and enable timely and robust drug manufacturing, which could ultimately lead to safer drugs that cost less money.