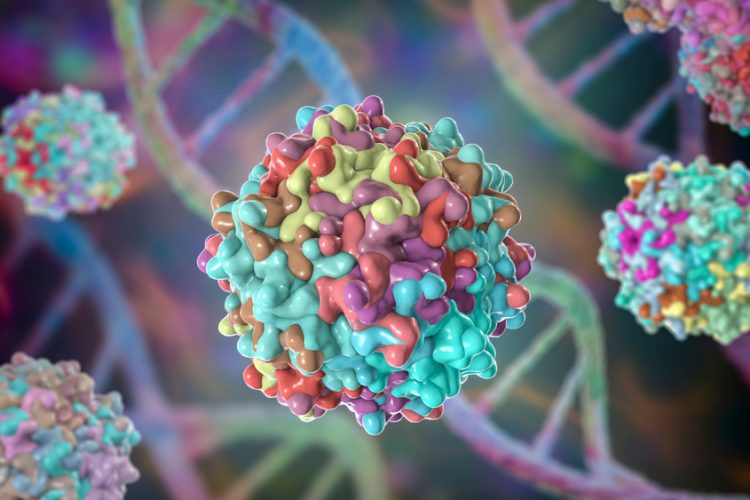 According to a new paper, the protease pepsin could be key to expediting the workflow for liquid chromatography-mass spectrometry (LC-MS) based peptide mapping of adeno associated virus (AAV) capsid proteins. Using pepsin, researchers were able to obtain 100 percent sequence coverage while reducing the sample preparation time to just 30 minutes, where other methods may take up to 18 hours.

AAVs are a key technology for gene therapies but, as with all biological therapies, their complexity poses a challenge for quality control, requiring the development of accurate analytical methods. One of the critical quality attributes of AAVs that must be assessed is the capsid protein amino acid sequence, to identify any post translational modifications and ascertain its stability.

In addition to ensuring quality, a deeper understanding of AAV capsid protein sequence and post-translational modification and how differences between serotypes change infectivity, tissue specificity and molecular stability is crucial for knowledge-driven improvements to be made to AAV products.

LC-MS-based peptide mapping is commonly used to verify the primary structure of a therapeutic protein, such as an AAV. Yet, this technique requires extensive sample preparation, according to the authors of a paper recently published in the Journal of Pharmaceutical and Biomedical Analysis. Guapo et al. explained that though trypsin is commonly used for proteolytic digestion of AAVs, it is inefficient for the digestion of AAV serotype 2. As a result, digestion of AAV2 requires alternative proteases to ensure that LC-MS can analyse the full sequence.

In the study, the researchers demonstrated a semi-automated sample preparation workflow and examined the performance of three proteases – trypsin, chymotrypsin and pepsin – in AAV5 digestion. Guapo et al. assessed the chromatographic performance of three samples digested with each protease for 30 minutes and the proteases’ impact on the capsid protein sequence coverage.

They found that pepsin reproducibly provided 100 percent sequence coverage after just 30 minutes of digestion, while sequence coverage was less than 30.9 and 30.1 percent for trypsin and chymotrypsin, respectively.

Despite this, Guapo et al. wrote that their workflow is a “significant improvement” over existing sample preparation methods, which can take up to 18 hours and require larger samples of AAVs.

They concluded that the workflow they demonstrated is “an easy and fast way to conduct peptide mapping” for AAV and analyse their post translational modifications, thus it “could ultimately support the manufacturing processes and clinical trials of novel AAV-based gene therapy products”.