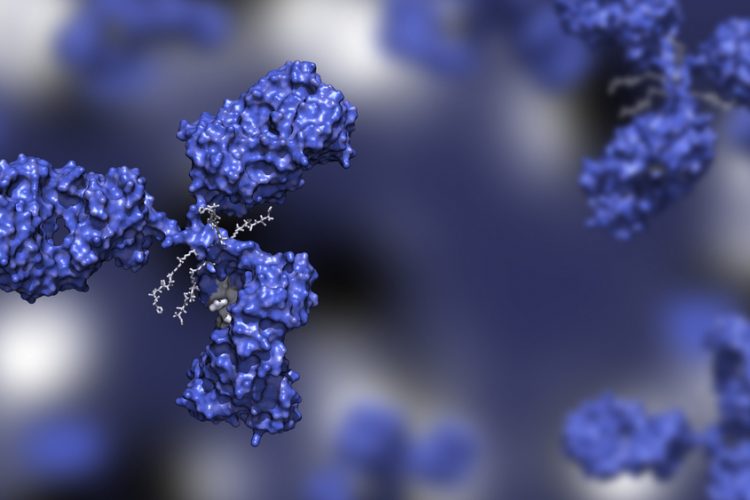 In a new study, scientists demonstrated that size exclusion chromatography (SEC) could be successfully combined with mass spectrometry (MS) to characterise antibody-drug conjugates (ADCs) on the intact molecular level.

Their SEC-MS method enabled characteristics such as the glycoform distribution and the average drug-antibody ratio to be analysed in 15 minutes, while also providing information on low and high molecular weight impurities such as aggregates and fragments.

ADCs combine the specificity of antibodies with the cytotoxic properties of small molecule drugs by linking the drug to an antibody scaffold. The technique has shown particular promise in oncology, where it has been used to enhance the efficacy of chemotherapeutic agents while also increasing their specificity and thus reducing their side effects.

In the study published in the Journal of Pharmaceutical and Biomedical Analysis, researchers presented a SEC-MS method for analysing the critical quality attributes of pyrrolobenzodiazepine (PBD)-based ADCs. PBDs are a sequence-selective DNA minor-groove binding cross-linking agents have been shown to be highly potent, even more so than systemic chemotherapeutic drugs.

To ensure their safety and efficacy, the molecular properties of PBD-based ADCs must be analysed. One of the key properties is glycosylation, which has a profound effect on efficacy, molecular integrity and the half-life of antibodies upon administration. Another key property for therapeutic efficacy and safety is DAR, “a measure of how many payloads are on average conjugated to one antibody molecule”.

According to the authors, many analytical approaches have been published, including MS-based analytical techniques which they states are “powerful”, since they enable the intact analysis of fragile molecules such as ADCs. The use of SEC has also been established as a robust, high-speed technique, able to differentiate molecules based on size. However, SEC does not allow for the separation of near isobaric (identical masses) protein variants.

In the paper, researchers presented an on-line SEC-MS method developed for the characterisation of PBD-based ADCs. They used ammonium acetate as a volatile component in the chromatographic mobile phase and highly sensitive Orbitrap MS detection under native conditions.

They showed that SEC-MS could be used as a method for the simultaneous characterisation of multiple drug product attributes, including DAR, glycoform distribution and molecular weight variants such as aggregates and fragments. The researchers also found that using an appropriate acquisition mass range they could analyse lower molecular weight compounds to determine properties such as the glycan distribution after enzymatic release.

The authors concluded: “It was demonstrated that SEC-MS is a simple yet powerful tool for the quick and reliable analysis of antibody-drug conjugate glycosylation and average DAR. Beyond that, several other quality attributes are accessible to analysis, making SEC-MS a powerful method for the simultaneous analysis of multiple quality attributes of biopharmaceuticals such as ADCs.”