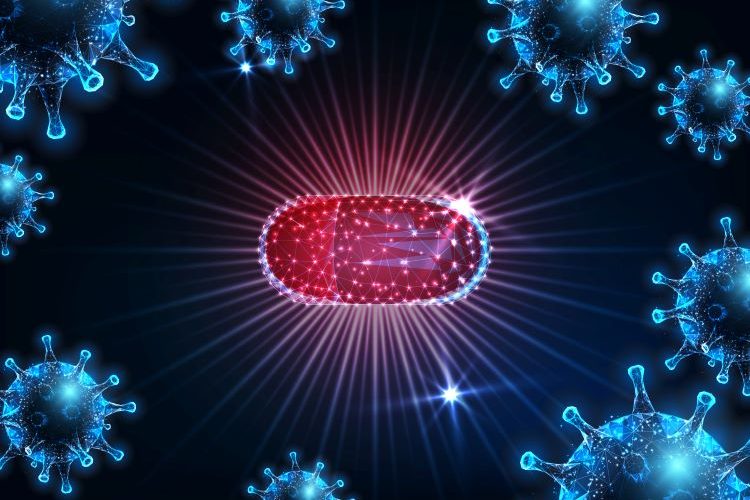 In our latest podcast we discussed the oral delivery of biologic drugs, and specifically the development of gastric autoinjectors, with Giovanni Traverso, the Karl van Tassel Career Development Assistant Professor of Mechanical Engineering at MIT and a gastroenterologist at Brigham and Women’s Hospital. Now, these drug delivery devices have been developed further to delivery oligonucleotides, potentially paving the way for the oral delivery of mRNA vaccines.

Like most vaccines, mRNA vaccines have to be injected subcutaneously, since they are vulnerable to damage in the gastrointestinal tract. This presents an obstacle for people who fear needles. With the COVID-19 pandemic once again highlighting the importance of vaccination, developers have continued to develop technologies that would help make people more receptive to vaccination. One variety is oral delivery systems, such as MIT’s gastric autoinjectors.

In addition to making vaccines easier to tolerate, this approach could also be used to deliver other kinds of therapeutic RNA or DNA directly to the digestive tract, potentially making gastrointestinal disorders such as ulcers easier to treat.

“Nucleic acids, in particular RNA, can be extremely sensitive to degradation particularly in the digestive tract. Overcoming this challenge opens up multiple approaches to therapy, including potential vaccination through the oral route,” commented Traverso.

In a new study published in Matter, Traverso and his colleagues showed that they could use the capsule they developed to deliver up to 150µg of RNA – more than the amount used in mRNA COVID-19 vaccines (ranging from 30 to 100µg) – in the stomach of pigs.

The capsule, approximately the size of a blueberry, has a high, steep dome that enables it to orient the surface from which a needle is released towards the lining of the stomach. In 2019, they showed it could inject solid formulations of drugs, such as insulin, successfully and in 2021, deliver large molecules such as monoclonal antibodies in liquid form. 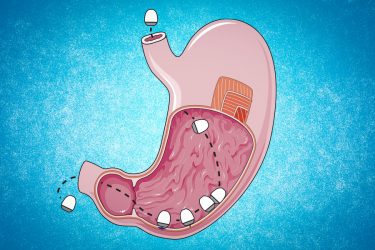 MIT researchers have designed an ingestible capsule that, after being swallowed, can attach itself to the lining of the stomach and inject RNA [Credit: courtesy of MIT researchers, edited by MIT News].

They then worked to deliver nucleic acids, another large molecule. Nucleic acids are susceptible to degradation when they enter the body, so they need to be carried by protective particles. The particles, which can deliver RNA with high efficiency, are made from a type of polymer called poly(beta-amino esters). These polymers have been found to be more effective at protecting and delivering nucleic acids than linear polymers, additionally, using two of these polymers together is more effective than just one.

To test the particles, the researchers first injected them into the stomachs of mice, without using the delivery capsule. The RNA that they delivered codes for a reporter protein that can be detected in tissue if cells successfully take up the RNA. The researchers found the reporter protein in the stomachs of the mice and also in the liver, suggesting that RNA had been taken up in other organs of the body and then carried to the liver, which filters the blood.

Next, the researchers freeze-dried the RNA-nanoparticle complexes and packaged them into their drug delivery capsules. Working with scientists at Novo Nordisk, they were able to load about 50µg of mRNA per capsule, and delivered three capsules into the stomachs of pigs, for a total of 150µg of mRNA.

In the pig studies, the researchers found that the reporter protein was successfully produced by cells of the stomach, but not elsewhere in the body. In future work, they hope to increase RNA uptake in other organs by changing the composition of the nanoparticles or giving larger doses. Though, they believe it may be possible to generate a strong immune response with delivery only to the stomach.

The researchers now plan to investigate whether they can create a systemic immune response, including activation of B and T cells, by delivering mRNA vaccines using their capsule. This approach could also be used to create targeted treatments for gastrointestinal diseases, which can be difficult to treat using traditional injection under the skin.

To find out more about the system – and the drug delivery challenges Traverso and colleagues are working to overcome – listen to our podcast episode!

Novo Nordisk, which partially funded the research, has licensed the drug-delivery capsule technology and hopes to test it in clinical trials. The research was also funded by the National Institutes of Health, the National Science Foundation Graduate Research Fellowships Program, a PhRMA Foundation postdoctoral fellowship, the Division of Gastroenterology at Brigham and Women’s Hospital, and MIT’s Department of Mechanical Engineering.