Transiently infecting tobacco plants, researchers were able to produce recombinant proteins that could be developed into COVID-19 vaccines. 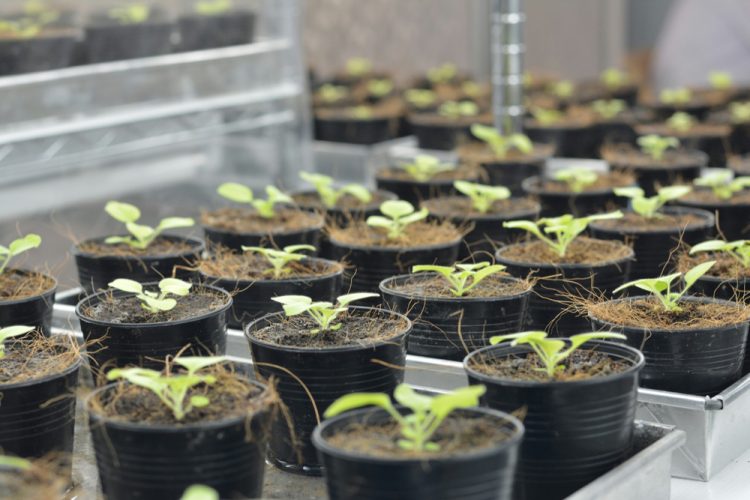 Russian scientists demonstrated that proteins, which could be used to develop intranasal recombinant mucosal vaccines against COVID-19, can be produced in tobacco plants.

COVID-19 is caused by the Severe Acute Respiratory Syndrome Coronavirus 2 (SARS-CoV-2). SARS-CoV-2 replicates by infecting human cells via the interaction of the receptor-binding domain (RBD) on the viral Spike (S) protein with a human receptor, angiotensin-converting enzyme 2 (ACE2). Without the S protein, and particularly the RBD, SARS-CoV-2 cannot infect cells, and thus these sites have become the focus of vaccine development efforts in the pandemic.

RBD-based vaccines and other vaccines of the same type train the immune system to recognise SARS-CoV-2; however, many vaccine types require adjuvants to enhance the immune response. One adjuvant that has been successfully used in vaccines against influenza A is to attach an antigen to bacterial flagellin (Flg) protein, which stimulates the TLR5 receptor to promote a response.

In a new study, scientists from the Research Center of Biotechnology RAS, Russia, demonstrated that a recombinant protein comprising the S RBD and Flg could be produced in plant cells.

“Biotechnology allows synthesising vaccine antigen proteins in animal cells, bacteria, yeast, plants and other organisms. We put the sequence from the SARS-CoV-2 protein and the flagellin sequence of the bacterium Salmonella typhimurium into the pEff viral vector and infected the plant Nicotiana benthamiana, which belongs to the genus Tobacco. pEff causes plant cells to produce the proteins we need in large quantities. Using this vector, the authors of previous studies were able to obtain up to 1mg of a green fluorescent protein from each gram of fresh leaves in just a few days,“ explained Eugenia Mardanova, one of the authors of the paper and the senior researcher at the Laboratory of Molecular Cloning at the Research Center of Biotechnology RAS.

Plants were chosen for these experiments because producing proteins in this way does not require sophisticated equipment and can be easily scaled up. Additionally, since plant pathogens typically do not impact humans, the product may be safer than in other types of cells. However, transgenic plants have disadvantages as producers: they typically yield low levels of the desired proteins, and it may take several months to obtain transgenic plants. Moreover, isolation of the final product from plant cells and its purification is quite expensive. But, by transiently infecting the plant using the pEff vector, plants can produce up to 5mg of vector-encoded protein from each gram of leaf within a week.

Biotechnologists chose an RBD fragment with 319 to 524 amino acids and attached Flg derived from Salmonella to it, resulting in a recombinant protein Flg-RBD. This construct was inserted into the pEff vector, which was then absorbed by the bacteria Agrobacterium tumefaciens. These microorganisms transferred the viral vector into the plant cells. Flg with no RBD was used as a control.

After four days, when the required amount of protein was reached, the researchers harvested the leaves of the plants. The plant “biofactories” were able to produce 110-140 micrograms of recombinant protein per gram of fresh leaf biomass (μg/g). Following purification with metal affinity chromatography under denaturing conditions, the final yield of protein was 100 μg/g. The control yielded 300 μg/g of Flg after purification.

“Our studies showed that using the pEff vector we can make plants producing recombinant protein we need — up to 100 micrograms per gram of biomass. This protein could be the basis of new vaccines against coronavirus infection that can be applied as nasal drops. Due to the adjuvant properties of flagellin, such vaccines should induce both a local and systemic immune response. We believe that this approach will make the production of drugs cheaper, and the vaccinations themselves will become more convenient, faster, and easier,” concluded Nikolay Ravin, Head of the Laboratory of Molecular Cloning of the Institute of the Research Center of Biotechnology RAS.

The research was published in Plants.

The Research Center of Biotechnology RAS

The Research Center of Biotechnology RAS