Growing pharma and biotech R&D investments, and a drive to improve efficiency are driving growth in the global laboratory robotics market. 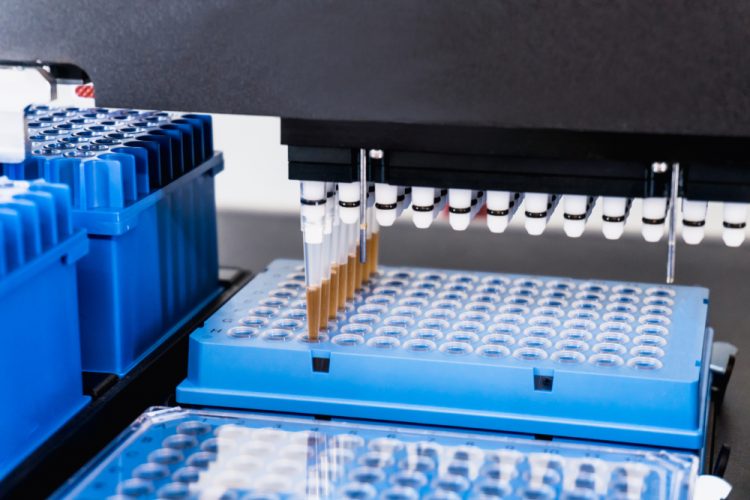 A recent study suggests the global laboratory robotics market will witness significant growth between 2021 and 2030. The researchers anticipate revenues will expand from $270.7 million in 2021 to $494 million by 2030, a compound annual growth rate (CAGR) of 6.9 percent.

In the report, this growth is attributed to several factors, but primarily the surging investments in R&D within the pharmaceutical industry and rising demand for process automation. Lab automation is desired by the industry, because it makes laboratory equipment easier to use for repetitive operations like labelling tubes and sample verifications, while simultaneously lowering and limiting the physical strain caused by manual tasks, which saves money and space in the lab.

Despite the promise of robotic process automation, its high initial implementation costs, restricted adaptability and lack of knowledge for tackling tough or esoteric problems are all anticipated to restrict the market in the next decade.

The researchers report that, in 2021, biological laboratory robotics was the largest segment, with roughly 34.5 percent of the market share and a market value of $83 million. This valuation is anticipated to rise to $165.6 million by 2030, with the wide range of applications the main reason for growth in this area.

The drug discovery segment accounted for 38.2 percent of the global laboratory robotics market in 2021, at a value of $103.1 million. Its value in 2030 is expected to be $185 million. The dominance of this segment is attributed to the growth in investments and spending on pharmaceutical R&D, as well as the increasing pressure to reduce healthcare costs. Despite this, proteomics solutions are anticipated to be the fastest growing segment, with a CAGR of 7.9 percent in the forecast period.

The researchers found that biotechnology and pharmaceutical companies held the largest share of the market in 2021, some 30 percent. They also noted that environmental testing laboratories are expected to witness a 8.4 percent CAGR over the next decade.

Unsurprisingly North America dominated the global laboratory robotics market in 2021, with 38.7 percent of the market share. Its dominance is attributed to the increase in technological advancements and investments by the market leaders. With the increase in the number of players in this region, the market in this region is witnessing enterprise collaborations and partnerships to achieve technological breakthroughs in the field of robotics, which is also boosting the focus toward technology. Growth is also being driven by the increased R&D activities by the biotechnology and pharmaceutical firms in this region, as well as the increased adoption of lab automation by most of the hospitals and clinical diagnostic labs. Within North America, Mexico is growing at the fastest CAGR of 7.1 percent during the forecast period.

Trends to watch out for in the pharmaceutical robot market…