Posted: 11 May 2022 | Mandy Parrett (European Pharmaceutical Review) | No comments yet

It seems that sprinkles, commonly known as hundreds and thousands, have undersold their capabilities, as a US scientist identifies their application could uniquely identify billions of individual tablets, potentially thwarting industry fraud. 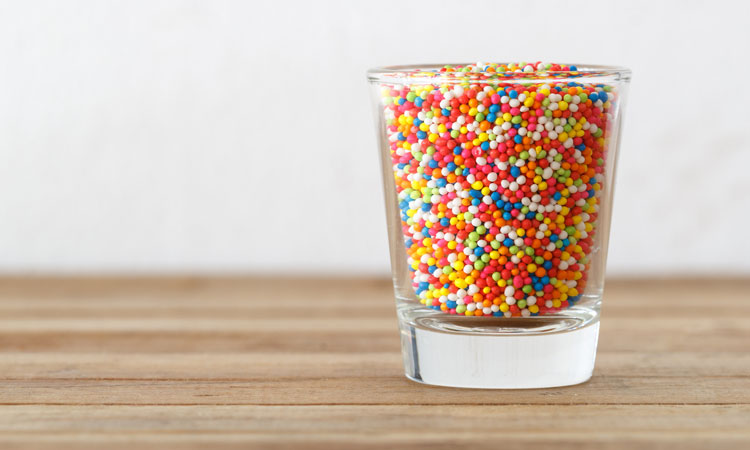 The bright coloured sugar decorations loved by children the world over could potentially be used as a ‘sweet barcode’ that confirms tablet authenticity, according to a new report.

Bioengineering professor at UC Riverside, William Grover, was inspired to repurpose the humble sugar pellet, officially termed nonpareils, after counting their numbers on confectionery. Being struck by the infinitesimal numbers of possible colour combinations when atop a chocolate drop, Grover surmised that a similar approach could be used to uniquely identify pharmaceuticals.

Counterfeit medication is a major problem, particularly in the developing world, where it is estimated that one in 10 medical products is fake, according to the World Health Organization.

Commenting on the Eureka moment, Grover explained: “The inspiration for this came from the little colourful chocolate candies. Each candy has an average of 92 nonpareils attached randomly, and the nonpareils have eight different colours. I started wondering how many different patterns of coloured nonpareils were possible on these candies.

“It turns out that the odds of a randomly generated candy pattern ever repeating itself are basically zero, so each of these candies is unique and will never be duplicated by chance.”

His idea was to create a unique sugar coating that the manufacturer could store in a database. Consumers could then upload a smartphone photograph of a pill and if its CandyCode matches one in the database, the consumer could be confident it is genuine.

According to the paper published in Scientific Reports, Grover developed an algorithm that converts a photo of a CandyCoded pill into a set of text strings suitable for storing in a computer database and querying by consumers. He then used this algorithm to analyse a set of CandyCode photos and found they function as universally unique identifiers, even after subjecting the pills to physical abuse simulating wear-and-tear during shipping.

Beyond compliance: why embracing the FMD can transform medicine supply chain thinking

Establishing a new pharmaceutical track and trace system in Dubai

“Using a computer simulation of even larger CandyCode libraries, I found that a company could produce 10^17 CandyCoded pills—enough for 41 million pills for each person on earth—and still be able to uniquely identify each CandyCoded pill,” explained Grover.

With possible applications for other products, such as bottle caps or other identification tags, its potential is huge – a sweetener in more ways than one!