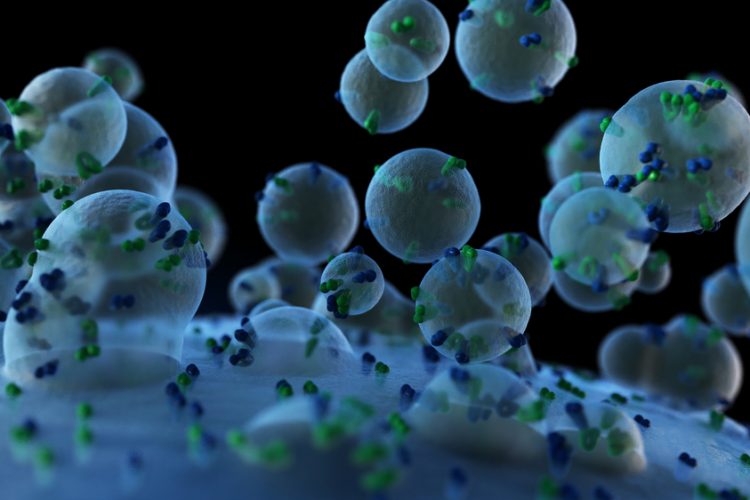 New research suggests there is a direct interaction between heparin and extracellular vesicles (EVs) that could enable heparin affinity chromatography (HAC) to act as a secondary purification or polishing step in downstream bioprocesses.

EVs are emerging as novel therapeutics and drug delivery platforms; however, purification remains a limiting factor in both their study and clinical application. This is because there is no consistent method for EV purification applied by the scientific community for both laboratory and industrial applications. Current methods rely on ultracentrifugation, which suffers from poor reproducibility, alternative methods like size-exclusion chromatography (SEC), which are limited by scalability, and their combinations.

In a study published in the Journal of Chromatography A, researchers investigated whether HAC could be used as a reproducible and scalable purification method for EVs. HAC was chosen because heparin is an affinity chromatography ligand with a similar structure to heparan sulphate proteoglycans (HSPGs) that serve as cell membrane receptors, which some EVs are known to interact with.

In the first, Barnes et al. established evidence supporting an affinity between populations of EVs and heparin. Their chromatography protocol using a linear salt elution gradient was able to recovery a minimum of 68.7 percent of EVs (based on particle counts) in 0.5ml of tangential flow filtration (TFF) material, a 72.6 percent increase in particle recovery compared to a standard SEC setup, which recovered 39.8 percent.

EVs separated by HAC and SEC were found to have similar purity, with HAC removing 98.8 percent of residual protein and 99 percent of residual DNA. Moreover, a broad measure of whether the EVs were intact or damaged suggests the EVs remained undamaged following HAC.

In the second application, EV fractionation, the researchers separated EVs into three populations based on their affinity to the heparin column. This application required a modified protocol leveraging a step elution gradient to fractionate EVs from 3.2ml of TFF material into two elution fractions and a third flowthrough fraction.

The authors reported EVs in all three fractions, indicating that some EV populations can bind heparin where others cannot. However, why this is remained unclear, as the fractionated EVs exhibited significantly different marker expressions. Barnes et al. noted that their column became saturated with the larger load volume used in this application and therefore stated that they “welcome future studies on the optimisation of HAC, which could include capacity determination and buffer/pH optimisation”.

The authors stated that “HAC shows promise as a potential purification method to capture EVs”, as it resulted in highly pure EVs with better recovery than a standard SEC protocol. They added that further study is required to better understand the interaction between heparin and EVs, in order to optimise and enable the widespread adoption of HAC purification/fractionation techniques.

Barnes et al. concluded: “Overall, this study provides insights on this relatively unexplored method of EV capture and advances our understanding of how this can be applied as the field moves towards developing EV-based products.”