Nitrogen dioxide (NO2) gas found not to ingress and cause protein degradation when sterilising polymer-based prefilled syringes (P-PFSs), according to study. 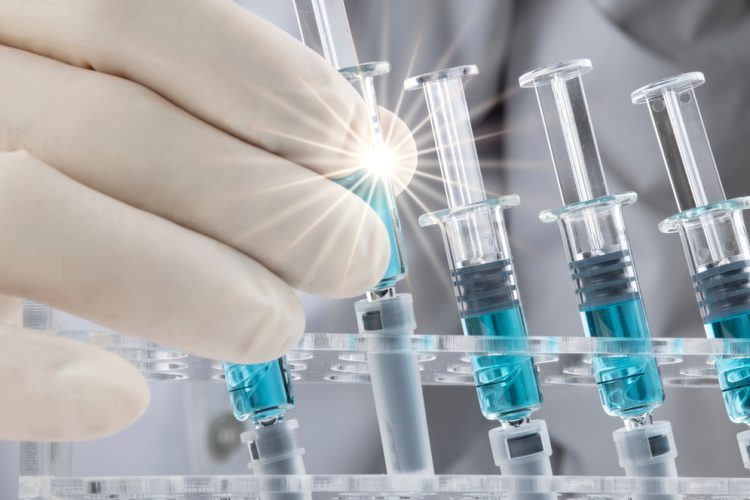 Researchers have shown that nitrogen dioxide (NO2) gas sterilisation may be the most appropriate choice for the sterilisation of intravitreal injections (IVIs) packaged in polymer-based prefilled syringes (P-PFSs). In their work, the team compared the ingression of gas and the resulting physical and chemical degradation to a model protein in formulation, when sterilising with NO2, ethylene oxide (EO) and vaporized hydrogen peroxide (VHP).

IVIs of biological drugs are critical for the treatment of visual diseases and are one of the most commonly performed intraocular procedures worldwide. Despite this, IVIs can sometimes cause severe adverse events, including infections, with silicone oils used as lubricants in most syringes thought to play a role. In addition to immune reactions, silicone oil has also been shown to ,contribute to the formation of protein aggregates and particles during long-term storage.

Though they can improve patient safety, P-PFSs throw a further problem – their external surfaces must be sterilised, but they have a higher gas permeability than glass, which is potentially a problem if gasses are used for sterilisation. In P-PFSs containing a protein drug formulation, ingress of typical sterilising gases EO and VHP into the syringe interior could degrade the protein molecules.

In a study published in the Journal of Pharmaceutical Sciences, Fujiwara et al. evaluated the impact of external surface sterilization of P-PFSs filled with water for injection (WFI) or human serum albumin (HSA) solution – the later acting as a model protein therapeutic product. They compared the ingression of gas and physical and chemical degradation of HSA molecules by three sterilant gases: EO, VHP and NO2.

In the study, after the external surfaces of the P-PFSs were sterilised, how much sterilant gas had ingressed into the WFI was measured immediately and then after one month. The aggregation and chemical degradation of HSA were assessed after zero, one and three months of storage at 25°C.

In addition to having immeasurable ingression, NO2 sterilisation can be operated at room temperature and with low vacuum, which the team said minimises the risk of thermal degradation of drugs filled in P-PFSs, as well as the risk of sterilant gas ingression via stopper movement.

As a result, Fujiwara et al. concluded: “Therefore, NO2 sterilisation is an appropriate choice for sterilising the external surfaces of P-PFSs containing therapeutic protein formulations for IVI.”