Glofitamab for relapsed or refractory large B-cell lymphoma has been granted priority review by the US Food and Drug Administration (FDA). 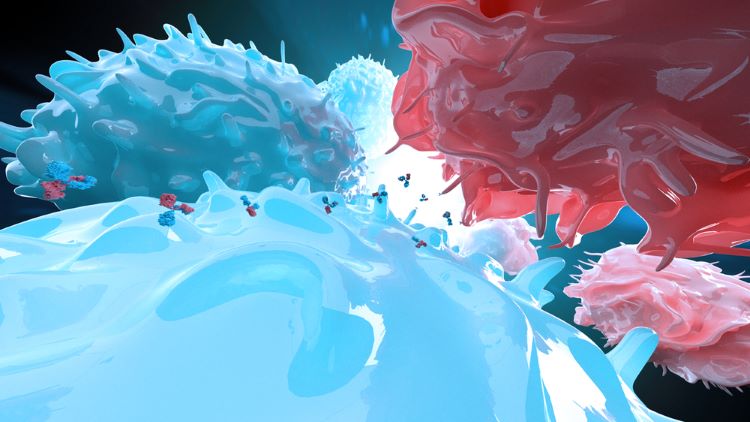 The decision for the FDA priority review of glofitamab is for adults with relapsed or refractory (R/R) large B-cell lymphoma (LBCL) after two or more lines of systemic therapy.

If approved, the cancer immunotherapy would be the first fixed-duration, off-the-shelf CD20xCD3 T-cell engaging bispecific antibody available for individuals with an aggressive lymphoma who have previously received multiple courses of treatment. The FDA is expected to make a decision on approval by mid-2023.

Dr Levi Garraway, Roche’s Chief Medical Officer and Head of Global Product Development stated: “Even for patients whose cancer is rapidly progressing, glofitamab given for a fixed duration has shown impressive efficacy and long-term durability, with patients continuing to experience a complete remission after treatment has concluded.”

The BLA is based on positive data from the Phase I/II study NP30179 trial. Patients included in the trial had been previously treated with multiple courses of therapy: 85.1 percent were refractory to their most recent therapy and about 33.1 percent had received prior CAR T-cell therapy.

Data showed that with glofitamab, 40 percent of heavily pre-treated large B-cell lymphoma patients achieving a complete response (CR). Results showed that 51.6 percent (n=80/155) achieved an objective response (OR; the combination of CR and partial response, a decrease in the amount of cancer in their body).

An earlier study cut-off showed that glofitamab given as a fixed-duration treatment resulted in early and durable complete remissions. The analysis was presented at the American Society of Hematology 2022 Annual Meeting and simultaneously published in the New England Journal of Medicine in December 2022. This data showed most patients who had achieved a CR at the end of treatment experienced durable responses.

Twelve months after the end of glofitamab treatment, 61 percent of patients (n=37/61) maintained a CR, 92.6 percent remained progression-free and only one patient (n=1/44) experienced disease progression.

The most common adverse event (AE) was cytokine release syndrome (CRS), which was generally low grade (48.1 percent of patients had Grade 1 and 12.3 percent had Grade 2).

Next steps after FDA priority review

The FDA will review the glofitamab BLA under the granted Fast Track Designation. Data from the Phase I/II NP30179 study were submitted for review to the European Medicines Agency (EMA).