Two studies of ertugliflozin, an investigational oral SGLT-2 inhibitor for the treatment of patients with type 2 diabetes, met their primary endpoints… 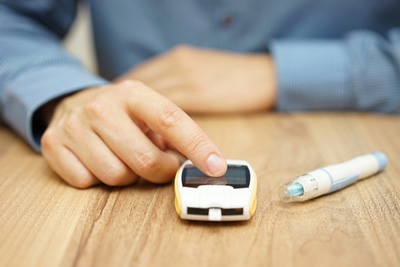 Merck and Pfizer have announced that two Phase III studies (VERTIS Mono and VERTIS Factorial) of ertugliflozin, an investigational oral SGLT-2 inhibitor for the treatment of patients with type 2 diabetes, met their primary endpoints.

VERTIS Mono, a 26-week investigational study which evaluated ertugliflozin as monotherapy, met its primary endpoint, showing that patients randomized to ertugliflozin 5 mg and 15 mg had significantly greater A1C reductions of 0.99 percent and 1.16 percent, respectively, compared with placebo. In addition, significantly more patients taking ertugliflozin 5 mg and 15 mg achieved the A1C treatment goal of less than 7.0 percent (28.2 percent and 35.8 percent, respectively) compared with placebo (13.1 percent), which was a secondary endpoint of the study.

In addition, the co-administration of ertugliflozin and sitagliptin was significantly more effective than ertugliflozin or sitagliptin alone in achieving the A1C treatment goal of less than 7.0 percent, which was a secondary endpoint of the study.

Commenting on the results, Peter Stein, M.D., vice president, late stage development, diabetes and endocrinology, Merck, said: “We are encouraged that these first Phase 3 studies of investigational ertugliflozin met their primary endpoints for ertugliflozin as a monotherapy and in combination with sitagliptin, and we look forward to progressing the VERTIS clinical development programme with Pfizer.”

“Pfizer has a legacy in CV disease, and after discovering ertugliflozin, wanted a partner that could help us meet our goal to improve disease management in patients with type 2 diabetes,” added James Rusnak, M.D., Ph.D., chief development officer, cardiovascular & metabolics, Pfizer Global Product Development. “Diabetes is a progressive disease, and many patients need multiple treatment options to manage their condition.”

Evrysdi™ approved for treatment of spinal muscular atrophy in Europe