The launch of Roche’s Tecentriq will usher in a dramatic change in the treatment paradigm of bladder cancer, according to an analyst with GlobalData… 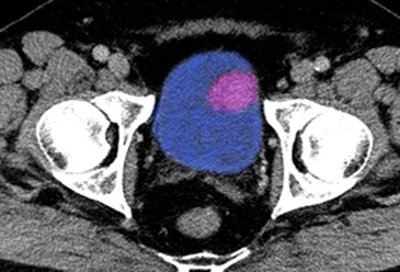 The launch of Roche’s recently approved PD-1 immune checkpoint inhibitor Tecentriq (atezolizumab) will usher in a dramatic change in the treatment paradigm of metastatic bladder cancer, according to an analyst with research and consulting firm GlobalData.

The company’s most recent bladder cancer report states that the disease’s setting has been largely stagnant for almost 20 years, which largely explains why Tecentriq has generated a considerable level of interest. In fact, on the heels of its approval as a second-line therapy following failure on platinum-based chemotherapy, there is already buzz about its potential expansion into the first-line setting.

GlobalData believes trial results presented at ASCO 2016 showed Tecentriq to be worthy of its praise. Of the 119 patients who were treated with Tecentriq once every three weeks in the drug’s Phase II, single-arm IMvigor 210 trial, overall response rate was reported to be 24% in all patients, with 7% being complete responses at a median follow-up of 14.4 months. Median overall survival was reported to be 14.8 months.

Cai Xuan, Ph.D., GlobalData’s Analyst covering Oncology and Haematology, comments: “The durable complete responses seen with Tecentriq treatment are extremely significant in advanced stage bladder cancer, as the disease is currently almost uniformly fatal. Though results from different trials should be compared with caution, it appears that despite a slightly lower overall response rate for Tecentriq than carboplatin-gemcitabine – the most commonly used frontline therapy – the patients who do respond to Tecentriq are gaining significant overall survival benefit compared to existing treatment options.

“Given the advanced age of most bladder cancer patients at diagnosis, it is estimated that up to 40% cannot receive cisplatin-based therapy due to renal impairment or other co-morbidities. According to GlobalData’s forecast, Tecentriq is set to reach sales of $270 million by 2017. If Roche can win a label expansion for the drug in the first-line setting, it can further solidify its expected dominance in the bladder cancer market as this would mean a larger target patient pool and potentially longer duration of therapy as compared with its current approval in the second line.

“This will depend on results from a larger randomised trial with the appropriate carboplatin-based chemotherapy comparator arm, and continued follow-up data from the patients who have confirmed complete responses in the current IMvigor 210 study.”

2021 a record year for investment in UK biotech