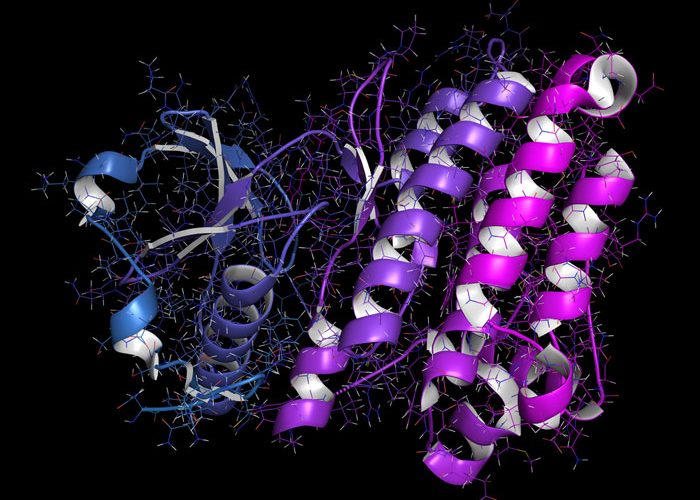 A team of researchers have used cellular drug screening, functional proteomics and computer-based modelling to determine whether drugs with well-known targets may be repurposed for use against other biological targets.

In order to identify drugs that act on multiple targets, the researchers at Moffitt Cancer Center screened 240 drugs that are either FDA approved or in clinical development. They noticed that the drug ceritinib acts differently than other drugs in its class.

Ceritinib targets a protein called ALK, and is approved to treat patients with ALK-rearranged metastatic non-small cell lung cancer. Their research found that ceritinib also inhibits the growth of lung cancer cells that do not have genetic alterations in the ALK gene.

This strategy may facilitate further drug repurposing efforts and lead to an increase in new therapy options.

After an extensive set of experiments to learn how ceritinib worked in cells without ALK rearrangements, they discovered the drug inhibits several other previously unknown targets, and that these signals converge onto a protein is known to be responsible for causing drug resistance to paclitaxel. Importantly, the researchers showed that ceritinib combined with paclitaxel was more effective than either agent alone at reducing cell viability.

These findings suggest that ceritinib together with paclitaxel may be effective against other cancers that do not have ALK rearrangements, and that this drug combination may be used to target a network of changes in cancer.

“The results also demonstrate the benefits of using a combined screening, proteomics and computer-based modelling approach to identify drugs that act on multiple targets and to determine how they function,” said study lead author Dr Uwe Rix, Assistant Member of the Drug Discovery Program at Moffitt. “In the future, this strategy may facilitate further drug repurposing efforts and lead to an increase in new therapy options for patients with difficult-to-treat diseases.”

For the past 20 years, there has been an emphasis on targeted cancer therapy – targeting a specific driver of cancer development to minimise side effects typically seen with chemotherapy. This personalised approach has been successful in certain types of cancer that are primarily driven by a single DNA alteration, such as found in chronic myeloid leukaemia.

However, the majority of cancers are not caused by a single mutation; rather, cancer is more commonly caused by a large network of mutations and alterations. Some researchers, including those from Moffitt, are beginning to rethink the targeted approach to cancer therapy. They believe that developing drugs that act on multiple targets, called a polypharmacology approach, may more effectively treat those cancers that have a network of alterations.

Their results were published today in the journal, Nature Chemical Biology.