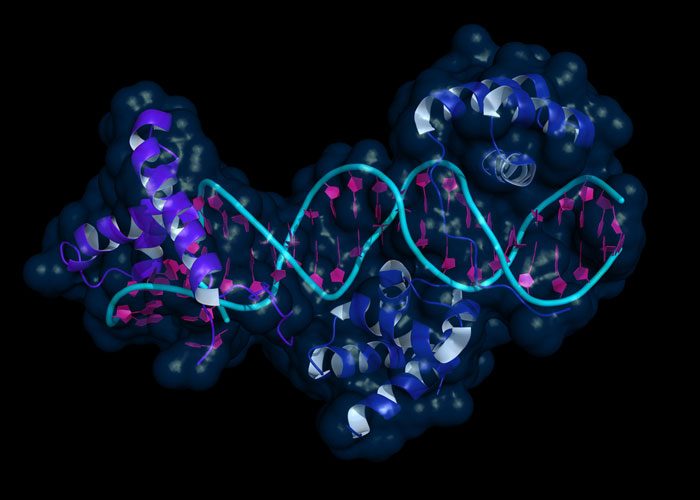 Using data from blood and brain tissue, a team led by researchers at Johns Hopkins Bloomberg School of Public Health found that they could gain insights into mechanisms that might help explain autism by analysing the interplay between genes and chemical tags that control whether genes are used to make a protein, called epigenetic marks.

The findings could ultimately help lead to new ways of treating and preventing the disorder.

To investigate this question, Dr Margaret Daniele Fallin, chair of the Bloomberg School’s Department of Mental Health and director of the School’s Wendy Klag Center for Autism and Developmental Disabilities and her colleagues started by surveying four different tissue types–blood and cord blood from their own collections, as well as lung and fetal brain tissue from public collections–to find small variations in the genetic code of each sample that appear to be responsible for DNA methylation state, a type of epigenetic modification, in that particular tissue.

The reason a brain cell is different from a heart cell is because of the epigenome, which affects which parts of a cell’s DNA are read

The researchers examined millions of these genetic code variations, known as single nucleotide polymorphisms (SNPs) and found thousands that control DNA methylation in some or all tissue types. They then matched up these SNPs with those already known to be associated with autism and saw that more autism-associated genes act to control DNA methylation than would be expected by chance. This was true in both blood and fetal brain tissue.

When the researchers looked at the role of genes that were methylated by genes with code differences related to ASD, including additional genes beyond those with direct code changes, they found that the majority were involved in biological pathways that were important in immune function.

The finding wasn’t surprising, Dr Fallin explains–numerous studies have identified abnormal gene expression of immune genes in autism samples and environmental experiences such as prenatal infection or prenatal exposure to pollutants that can ramp up immune responses are risk factors for ASD. However, none of the genetic code mutations directly identified in autism had pointed to these pathways. It is only when considering which other genes they may regulate that this biology is revealed.

More study on these biological pathways, she says, could lead to specific genes or proteins that could be modifiable with pharmaceuticals or other interventions, possibly offering new ways to prevent or treat ASD.

Researchers have long known that chemical modifications, a collection of “marks” on DNA known as the epigenome, play a key role in how cells operate by guiding differences between various tissue types in a given individual’s body, despite the fact that they all carry the same genetic code.

“The reason a brain cell is different from a heart cell is because of the epigenome, which affects which parts of a cell’s DNA are read,” says study Dr Fallin. “Think of it like an encyclopedia with a bunch of tabs. Cells don’t need to read the entire encyclopedia; they jump to the tabs they need to get things done.”

The current work shows that changes in the genetic code of a particular gene can control epigenetic marks at different genes, implying that a gene’s genetic code can affect whether other genes are turned on and off, which makes it important to understand the function of all genes involved, not just the one with the so-called misspelling.

“Our findings suggest that looking only at genes with misspellings related to autism might be too narrow a focus,” said Dr Fallin. “Instead of looking solely at the genes directly implicated in autism through their genetic code changes, we really should be also studying the functions of the other genes implicated by these changes in genetic code through epigenetic connections. “

“We made our findings here by comparing brain data to blood data,” she says, “but the vast majority we could have learned from the blood.”