The EU has approved a new subcutaneous formulation of Benlysta, as an add-on therapy in adult patients with active autoantibody-positive systemic lupus erythematosus… 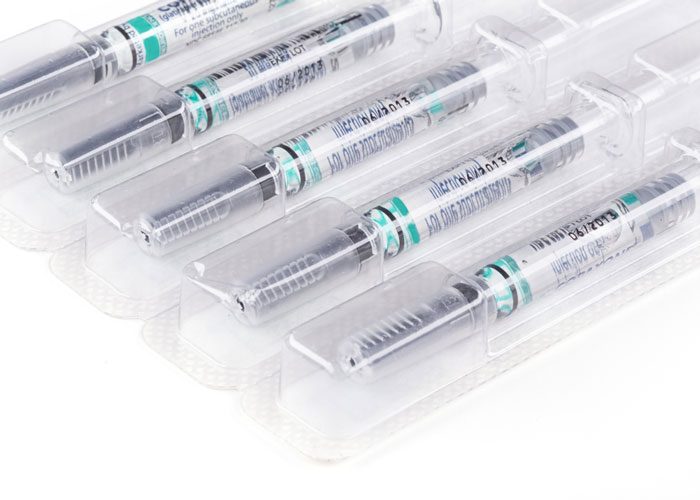 GSK has announced that the European Commission has approved a new subcutaneous (SC) formulation of Benlysta (belimumab), as an add-on therapy in adult patients with active autoantibody-positive systemic lupus erythematosus (SLE) with a high degree of disease activity despite standard therapy.

SLE is a chronic, incurable, autoimmune disease associated with a range of symptoms that can fluctuate over time, affecting almost any system in the body.

With the availability of the IV and subcutaneous formulations of Benlysta, we can now offer patients with SLE and their physicians additional choice, enabling either home or hospital administration of the medicine

The approval is for a single-dose prefilled syringe and a single-dose prefilled pen presentation, administered as a once-weekly injection of 200mg. These SC presentations enable patients to self-administer their medicine at home, after initial supervision from their clinical team if considered appropriate. The subcutaneous version of the medicine adds to the existing intravenous (IV) formulation, which was licensed for use in Europe in 2011 and has since been used to treat thousands of patients worldwide.

Vlad Hogenhuis, Senior Vice President, Head of Specialty Care, GSK said, “We are delighted to receive today’s European approval. The impact of living with lupus forces individuals to adapt their daily personal and working lives in order to manage this complex, chronic disease. With the availability of the IV and subcutaneous formulations of Benlysta, we can now offer patients with SLE and their physicians additional choice, enabling either home or hospital administration of the medicine”.

The approval is based on results from the BLISS-SC phase III pivotal study of more than 800 patients with active SLE. The study measured the reduction in disease activity at week 52 in patients receiving Benlysta plus standard of care, versus those receiving placebo plus standard of care (assessed by SRI, a composite measure of efficacy in lupus).

The Benlysta subcutaneous formulation was approved for use in the US in July 2017 and Japan in September 2017 and further regulatory submissions are under review or planned in other countries.

The Benlysta intravenous formulation is licensed for use in over 70 countries worldwide, including the US, Japan and EU countries. It is administered by healthcare professionals to patients as a weight-based dose of 10mg/kg, via a one-hour infusion in a hospital or clinical setting every four weeks (following an initial loading phase is given at Weeks 0, 2 and 4).

Benlysta is currently the only medicine specifically developed and approved for SLE. Benlysta, a BLyS-specific inhibitor, is a human monoclonal antibody that binds to soluble BLyS. Benlysta does not bind B cells directly. By binding BLyS, Benlysta inhibits the survival of B cells, including autoreactive B cells, and reduces the differentiation of B cells into immunoglobulin-producing plasma cells.