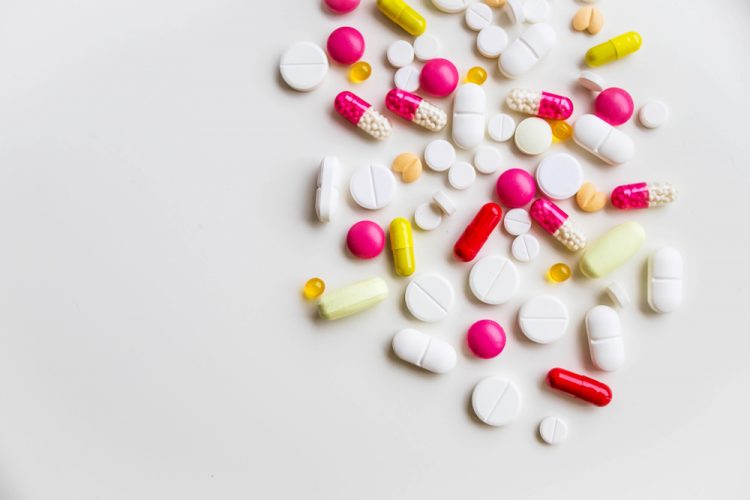 Long-term use of some anticholinergic medications are associated with an increased risk of dementia – according to a new study led by the University of East Anglia.

The research, funded by Alzheimer’s Society also shows a dementia risk associated with medications prescribed for bladder conditions (for example Tolterodine, Oxybutynin and Solifenacin), and Parkinson’s (for example Procyclidine).

However several other anticholinergic medications, including antihistamines and those used for abdominal cramps, were not found to be linked to dementia – despite previous research suggesting that any anticholinergic might represent a risk.

Anticholinergic drugs are used to treat a variety of conditions and work by blocking a key messenger in the body called acetylcholine.

The research team studied the medical records of 40,770 patients aged over 65 diagnosed with dementia and compared them to the records of 283,933 people without dementia. More than 27 million prescriptions were analysed.

The link between these medications and dementia cannot tell us that they are directly causing the condition, but this work does suggest a potential preventative approach to reduce dementia which is a priority.

The study concludes that clinicians should consider long-term anti-cholinergic effects when prescribing. Patients with concerns should continue taking their medicines until they have consulted their doctor or pharmacist.

Lead researcher Dr George Savva from UEA’s School of Health Sciences said: “More than 50 million people worldwide are affected by dementia and this number is estimated to be 132 million by 2050. Developing strategies to prevent dementia is, therefore, a global priority.

“We studied patients with a new dementia diagnosis and looked at what anticholinergic medication they were prescribed between four and 20 years prior to being diagnosed.

“We found that people who had been diagnosed with dementia were up to 30 percent more likely to have been prescribed specific classes of anticholinergic medications. And the association with dementia increases with greater exposure to these types of medication.

“What we don’t know for sure is whether the medication is the cause.  It could be that these medications are being prescribed for very early symptoms indicating the onset of dementia.

“But because our research shows that the link goes back up to 15 or 20 years before someone is eventually diagnosed with dementia, it suggests that reverse causation, or confounding with early dementia symptoms, probably isn’t the case.

“This research is really important because there are an estimated 350 million people affected globally by depression, and bladder conditions requiring treatment are estimated to affect over 13 percent of men and 30 percent of women in the UK and US.

“Many of the treatment options for these conditions involve medication with anticholinergic effects.

Dr Doug Brown, Chief Policy and Research Officer at Alzheimer’s Society, said: “This large study confirms that some anticholinergic drugs can raise the risk of dementia – but it should also put minds at ease as there appears to be no dementia risk with anticholinergic drugs used to treat common conditions like hayfever, travel sickness and stomach cramps.

“Current guidelines for doctors say that anticholinergic drugs should be avoided for frail older people because of their impact on memory and thinking, but doctors should consider these new findings for all over-65s as long-term use could raise the risk of dementia.”

Dr Noll Campbell, a collaborator and co-author on the paper, said: “These results suggest we should prioritise safer alternatives to anticholinergic medications long before symptoms of dementia are recognised.” Dr Campbell is an investigator with the Regenstrief Institute and Indiana University Center for Aging Research and is an assistant professor with Purdue University College of Pharmacy in the United States.

The study used data from Clinical Practice Research Datalink which includes anonymised diagnosis, referral and prescription records for more than 11 million patients from 674 primary care practices across the UK. The data is broadly representative of the UK population in terms of age, sex and ethnicity.

Prof Chris Fox, Professor of Clinical Psychiatry at UEA’s Norwich Medical School and Consultant Psychiatrist, said: “While the associations are moderate, given the high incidence of dementia, they reflect a potentially important risk to patients.

“Doctors and patients should, therefore, be vigilant about using anticholinergic medications.

“They need to consider the risk of long-term cognitive effects, as well as short-term effects, associated with specific drugs when weighing up risks and benefits.

“We don’t know exactly how anticholinergics might cause dementia.  Further research is needed to understand possible reasons for this link. In the meantime, I strongly advise patients with any concerns to continue taking their medicines until they have consulted their doctor or pharmacist.”

Dr Ian Maidment, Senior Lecturer in Clinical Pharmacy at Aston University and lead pharmacist on the study, said: “We already have strong evidence that anticholinergics cause confusion and in the short-term will potentially worsen the symptoms of dementia. Long-term data is more difficult to obtain because clinical trials tend to be short term.

“This study shows that some anticholinergics may cause long-term harm in addition to short-term harm.

“Other recent research has shown a dramatic increase in polypharmacy – the number of older people taking five or more medicines has quadrupled over 20 years to nearly half of all older people.

“With many different medicines having at least some anticholinergic activity, one focus should be de-prescribing. Doctors, nurses and pharmacists need to work with older people and their carers to ensure that they only take medication if the benefits clearly outweigh the harms.”

‘Anticholinergic drugs and risk of dementia: case-control study’ is published in the BMJ.