Posted: 18 May 2018 | European Pharmaceutical Review | No comments yet

The NIH is supporting efforts to broaden biomedical scientists’ access to cryo-electron microscopy, the imaging method that is revolutionising structural biology… 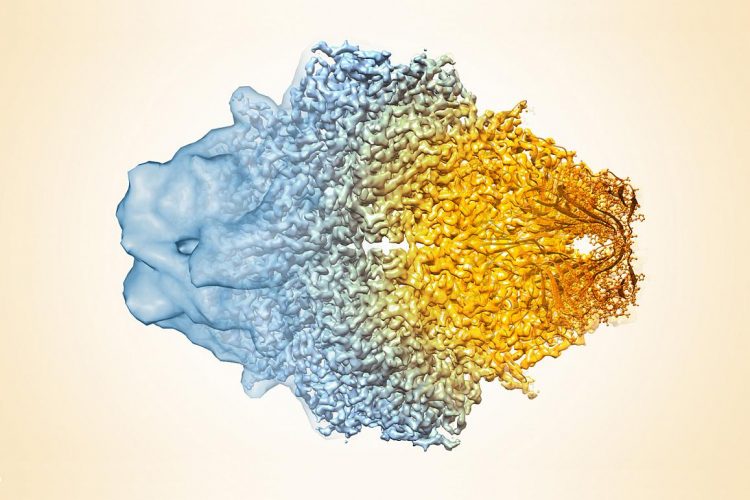 The National Institutes of Health is supporting efforts to broaden biomedical scientists’ access to cryo-electron microscopy (cryo-EM), the Nobel Prize-winning imaging method that is revolutionising structural biology. The Transformative High-Resolution Cryo-Electron Microscopy program is creating three national cryo-EM service centres to provide access to the technology and is supporting the development of cryo-EM training curricula to build a skilled workforce. The awards are anticipated to total $129.5 million, pending the availability of funds, and the centres are expected to offer limited services by late 2018 as they build to full capacity. 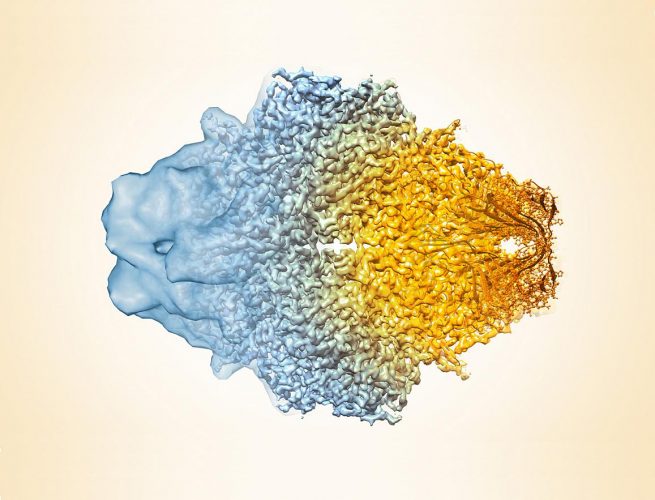 Microscopy is an important tool for scientists in the study of cells, tissues, and organs. Cryo-EM is a method used to image frozen biological molecules without the use of structure-altering dyes or fixatives or the need for crystallization to provide a more accurate model of the molecules and a greater understanding of biological function. Recent advances in cryo-EM technology have made it possible for scientists to obtain detailed images and structures of many biological molecules that cannot be obtained using other methods, like X-ray crystallography. Despite the emergence of cryo-EM as a powerful high-resolution imaging method, its use is hampered by inadequate access to equipment and a limited workforce.

“Cryo-electron microscopy is allowing us to resolve the three-dimensional structures of important biomolecules involved in disease that were inaccessible using previous technologies,” said National Institute of General Medical Sciences Director Dr Jon R. Lorsch, “NIH wants to ensure as many scientists as possible have access to this crucial technology.”

The three national centres will be established with six-year awards at the New York Structural    Biology Center, New York City; the Oregon Health & Science University, Portland, in partnership with the Pacific Northwest National Laboratory, Richland, Washington; and the SLAC National Accelerator Laboratory at Stanford University, Menlo Park, California. The centres will provide scientists with access to state-of-the-art cryo-EM technology and training, from sample preparation to collection of high-resolution data and computational analysis.

An important component of the program is to increase hands-on training and the availability of instructional material on cryo-EM methodology, which lags the development of the technology.

“The method is only as useful as the hands behind it. We need to ensure we have a well-trained, highly skilled workforce ready to meet the demands for cryo-EM,” said National Eye Institute Director Dr Paul A. Sieving.

Four, three-year grants for the creation of instructional and hands-on training in cryo-EM methodology were awarded to the California Institute of Technology, Pasadena, California; Yale University, New Haven, Connecticut; the University of Utah, Salt Lake City; and Purdue University, West Lafayette, Indiana. The grants will be used to develop online video lectures, software and e-books, 3-D animations and interactive simulations, and interactive virtual reality to train novice and experienced users on cryo-EM technology and theory.

The Transformative High-Resolution Cryo-Electron Microscopy program is funded by the NIH Common Fund, managed by a trans-NIH working group, and led by staff from the Common Fund, the National Institute of General Medical Sciences, and the National Eye Institute.

“The NIH Common Fund focuses on speeding up discovery in the biomedical sciences,” said Dr James M. Anderson, director of the Division of Program Coordination, Planning, and Strategic Initiatives, which oversees the NIH Common Fund. “By increasing access to cryo-EM technology and training, we hope to spur discoveries across the spectrum of biomedical science from basic to clinical research, and in multiple disease areas.”