Chemotherapy could lead to mitochondrial dysfunction in skeletal muscle

Chemotherapy drugs commonly used in breast cancer leads to a decrease in muscle mitochondria, and could result in fatigue after treatment… 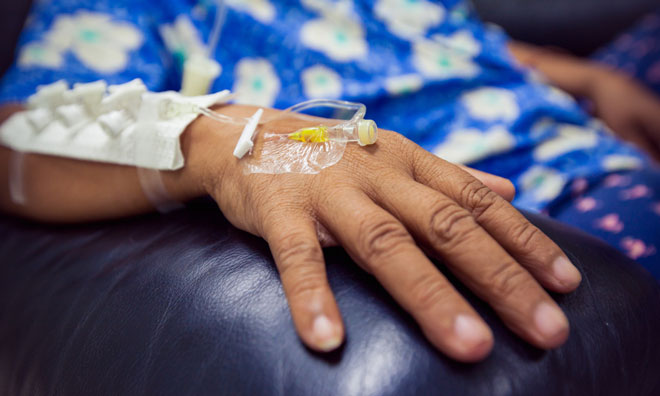 Scientists from the University of Vermont compared muscle fibres from women with breast cancer who were undergoing chemotherapy after the surgical removal of cancerous tumours.

The researchers found that the women had a lower cross-sectional area of muscle fibres in comparison to the healthy control group. This is an indication of muscle loss. The team also saw a reduced number of mitochondria in the cancer group.

In terms of weight loss (cachexia) and severe muscle wastage, breast cancer is considered as one of the ‘less-damaging’ cancers. Researchers in this study mention that there is limited researcher into the effect of breast cancer, and its treatments on the muscles in humans.

The chemotherapy drugs commonly used to treat breast cancer, doxorubicin and paclitaxel, were also tested on mouse muscle cells. Both drugs led to a lowered number of mitochondria, increased atrophy and oxidative stress. Atrophy is the decline in effectiveness of organs or tissue, through the degeneration of cells. Oxidative stress describes cellular damage that can lead to cell death and chronic disease.

The team wrote how the negative effect of the chemotherapy drugs on muscle mitochondria “provides a possible explanation for the high prevalence of fatigue and functional disability across all cancer types, including those not typically characterized by cachexia, such as breast cancer.”

“Interventions designed to counter these effects on [the] muscle may help alleviate some of the burden of the disease on patients.”

The study was published in the American Journal of Physiology – Cell Physiology.