Heart drugs free from carcinogens identified as recalls drag on 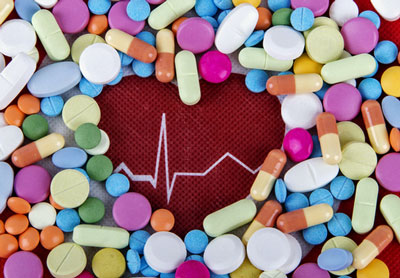 US drug-safety regulators published a list of generic heart drugs that they’ve found to be free of potential cancer-causing agents, as pharmaceutical companies continue to grapple with a widening recall of contaminated medications.

The US Food and Drug Administration has released a list of 40 drugs used to treat hypertension and heart failure that don’t contain any known carcinogens. Over the past eight months, the agency has continued to pull adulterated versions of the drugs made by various companies from the market.

The FDA has allowed some heart drugs with acceptable levels of the impurities to still be sold as it deals with shortages of the medications, which are used by millions of Americans to control cardiovascular illnesses. The list is expected to help doctors find safe versions to prescribe of the drugs, known as called angiotensin II receptor blockers.

The recalls began in July 2018, when a heart drug made in China containing contaminated active ingredient valsartan was pulled from US pharmacy shelves after it was found to contain probable carcinogens. Since then, medications made by other companies largely based in India have been recalled, including losartan and irbesartan.

A Bloomberg investigation this year found that manufacturers of generic drugs and their key ingredients in China, India and elsewhere had in some cases destroyed or hidden testing data revealing quality failures from official records – and showed passing results instead.

Valsartan is in shortage as the FDA investigates how the impurities may have been formed during the manufacturing process. The FDA has approved a generic version of valsartan made by India-based Alkem Laboratories Ltd. to help mitigate the shortage, though it isn’t yet available. The FDA’s list of impurity-free heart medications includes only drugs currently for sale.

The FDA said at the time of approving Alkem’s valsartan that it had assessed the company’s manufacturing process and determined there is no known risk for it to form the impurities that have led to the recalls.

The agency is attempting to avoid a losartan shortage by allowing some generics to stay on the market even if they contain levels of the potential cancer-causing chemicals that are above currently acceptable limits, according to a statement from FDA Commissioner Scott Gottlieb and Janet Woodcock, the agency’s drug center director.

“The agency expects many companies will be able to manufacture losartan without nitrosamine impurities and replenish the U.S. supply in approximately six months,” Gottlieb and Woodcock said.