Join Dr Bill Williams as he discusses formulation for inhaled and intranasal drug delivery and goes into detail about thin film freezing, a novel powder formulation technique he developed.

Inhaled and intranasally delivered drugs and vaccines have garnered a lot of attention since the dawn of the COVID-19 pandemic, with the desire to reduce the likelihood of side effects by delivering therapeutics and prophylaxis specifically to their site of action in the respiratory system. To find out more about inhaled and intranasal drugs and vaccines, and their formulation, EPR’s Assistant Editor, Hannah Balfour, spoke to Dr Robert  O. “Bill” Williams III – the Division Head and Professor of Molecular Pharmaceutics and Drug Delivery at the University of Texas at Austin. We also explore the thin film freezing (TFF) technique he helped develop, which is currently being used to formulate more stable biologic drugs, such as a shelf-stable messenger RNA vaccine for COVID-19 (which we recently reported) and Takeda’s norovirus vaccine, among others. 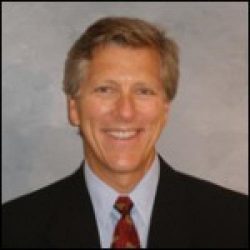 To begin, we discuss why drugs are delivered via routes aside from injection or simply swallowing a tablet, as well as some of the benefits of these methods. “These are drugs that are in either a liquid or solid powder form that are administered either to the lungs (for inhaled delivery) or into the nasal passages (for intranasal delivery)… they require a device used by the patient to facilitate the administration,” explained Bill. He added that, beyond just the obvious benefits of local drug delivery to the site of action, these methods are particularly beneficial for drugs that have poor solubility and thus low bioavailability, as they bypass the potential for the drug to cause side effects as it a poorly soluble drug is cleared through the gastrointestinal tract rather than being properly absorbed. Additionally, when replacing traditionally injected formulations with inhaled/intranasal ones, another benefit is that they require less equipment, such as needles and refrigeration, which is key is situations such as the COVID-19 pandemic where these are in short supply.

Bill explained that his lab has two key focuses in terms of formulation for vaccines for COVID-19: stabilising an injectable liquid so that it no longer requires cold chain storage and using dry powder formulations of stabilised biologics or antigens needed to generate an immune response with commercially available low cost powder inhalers. He also explained why the ability of inhaled and intranasal vaccine delivery methods to illicit a mucosal immune response – because the mucosal tissue is the initial point of contact for viruses within people, having an immune response that can prevent or reduce the likelihood of infection at that initial entry point effectively prevents an infection from ever forming.

My lab has really been working to try and optimise the characteristics of the powder, such that it can be used in multiple commercially available low cost dry powder inhalers”

From there we jumped to the formulation aspects of inhaled and intranasal drug delivery, with Bill describing the three different drug delivery devices currently in use – pressurised metered dose inhalers, nebulisers and dry powder inhalers – as well as their advantages and pitfalls. He explained why powder formulations may be more beneficial than liquid, stating it is primarily because of their stability, before he went on to discuss TFF, a novel cryogenic powder formulation technique that he and his research associates developed. “My lab has really been working to try and optimise the characteristics of the powder, such that it can be used in multiple commercially available low cost dry powder inhalers and gain the benefit of that type of delivery to the lungs,” he stated. Continuing that TFF came out of a collaboration with a large chemical company, when they attempted to create a specific powder morphology that facilitated delivery to the lungs. They found that using a temperature between lyophilisation and traditional freeze-drying resulted in a powder that was very stable, at minimum able to be stored in a refrigerator and sometimes at room temperature, and has a brittle matrix morphology that makes it highly shearable, enhancing their ability to be inhaled.

Bill then discussed some of the current applications of the TFF technology – including enhancing the stability of Takeda Vaccine’s norovirus vaccine. “We laid out the premise that in the liquid form, or even the frozen form, that the antigen was losing activity… but in the paper we showed that through TFF this norovirus vaccine could be stabilised – we are up to several months at 40°C,” he enthused, an amazing achievement since most vaccines require cold chain storage and Pfizer and BioNTech’s mRNA COVID-19 vaccine required ultra-low refrigeration (-70°C or -80°C) to be distributed originally.

What excites me and my research group is that there are so many opportunities to improve upon delivery systems that are out there… for instance, mRNA vaccines have been around in the literature a while but no-one had ever solved their stability and that limited how they were ultimately delivered. Thank heavens we have them now… but still there is a lot of improvements that could be made to existing delivery systems to convert them from an injectable to an inhaled or nasally administered, easy to use dry powder” – Dr Bill Williams

If you want to hear about all this and more – listen to the episode!