Following 250 US drug price increases in 2020 already, this article explores why costs are rising, what changes could ensure brand reputations remain intact and what manufacturers can do to ensure they get their share. 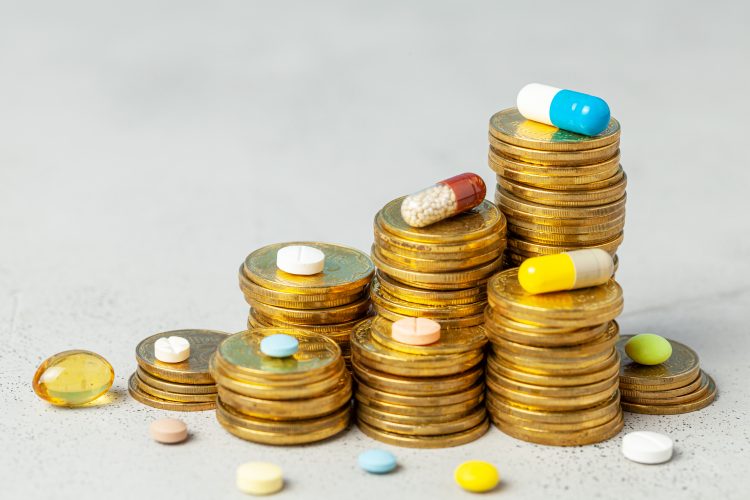 With over 250 individual US drug price increases reported in 2020 already, Drug Target Review’s Hannah Balfour investigated the underlying issues behind these so-called ‘price-hikes’ and reported on what reforms could be instated to ensure brand reputations stay intact and manufacturers get paid.

Drug price increases have primarily affected the US biologics market; innovation is expensive and manufacturers performing the research, development and manufacture of these more complex therapeutics are driving the increase in drug expenditure. For example, IQVIA data revealed that biologic medicines accounted for almost 75 percent of the increase in pharmaceutical costs observed in 2018.

One of the key factors suggested to be causing inflated drug prices, which was highlighted in a recent Principles for Responsible Investment (PRI) issue brief on drug pricing,1 is a lack of competition between biologics and biosimilars. The brief suggested that the inefficiencies of the US pharmaceutical supply chain and the rebate system promote an environment that blocks the wider use of biosimilars.

Dr Wayne Winegarden, author of the PRI brief, suggested that the complexities of the pharmaceutical supply chain mean that despite the slow growth of overall expenditures, patients still have excessive costs imposed upon them. This is due to a phenomenon known as ‘the price gap’ –  the difference between the medicines’ invoice price (the price manufacturers set) and the net price (paid by health plans, government and employer groups on behalf of patients).

According to the brief, this gap exists because the invoice price acts as an opening bid, instead of the true worth of the product. From this value, pharmacy benefit managers (PBMs) negotiate the largest possible discounts and rebates to get to the net price. This gap grew to over a quarter of the invoice value in 2018, which Winegarden believes is down to PBMs being paid based on the size of the discount they negotiate, and are therefore incentivised to promote the use of the highest cost biologics, with the highest rebate values, in place of the cheaper biosimilars.

This system results in manufacturers vastly inflating their product list prices, resulting in patients losing faith in brands because they typically pay their fee based on the invoice price.

Rising prices should mean more money for manufacturers – is that the case? Put simply, no.

A recent Berkeley Research Group (BRG) review following the flow of dollars through the US supply chain broke down how spending at the point of sale on branded medication is distributed across stakeholders.2 The authors concluded that while overall spending on branded medications by patients and health plans had increased from $354 billion in 2015 to $440 billion in 2018, the percentage of that money retained by manufacturers had declined.

…the increase in 2020 is expected to be an average of five percent, while lower than 2019, is still high considering that there has been several high-profile initiatives in the US to lower drug costs”

Aaron Vandervelde and Andrew Brownlee, review authors and both BRG professionals, determined that the supply chain and medicine providers pocketed nearly half of all branded medicine spending in 2018. Meanwhile, the manufacturers share was only 54.3 percent, a reduction of 12.5 percent between 2013 and 2018.

The study demonstrates that in every year from 2015 to 2018 so-called ‘payers’ – health plans, PBMs, government and employer groups – received the largest share of the increase in total spending. These gains were primarily through the expansion of the 340B Drug Pricing Program, in which drug manufacturers must provide outpatient care facilities and hospitals with drugs at hugely reduced prices, and the pre-existing rebate system, where payers negotiate a significant discount off the list price, but often do not pass the discount onto patients and instead keep the difference.

According to Vandervelde, the rebate system is driving price increases, as manufacturers are forced to raise their costs to compensate for their share being divided and redirected across the many intermediary bodies.

A study from GlobalData identified factors that will likely have the biggest impact on industry growth in 2020. According to their latest annual outlook report, 49 percent of global industry survey respondents believe that drug pricing and reimbursement constraints will have the greatest negative impact on the pharmaceutical industry in 2020.3 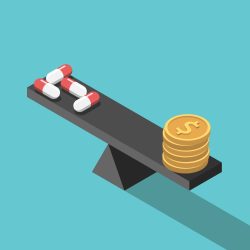 In reference to this report, Dr Bonnie Bain, Global Head of Pharma at GlobalData, said: “It is not surprising that drug pricing and reimbursement constraints remain the number one concern for the industry, especially since 2020 kicked off with drug companies in the US again raising prices for several hundred drugs.”

“Compared to last year when the average increase was around 6.3 percent, the increase in 2020 is expected to be an average of five percent, while lower than 2019, is still high considering that there has been several high-profile initiatives in the US to lower drug costs, including the successful passage of the Fair Accountability and Innovative Research (FAIR) Drug Pricing Act in December 2019,” explained Bain.

Another finding of the report was that 20 percent of respondents suggested expiring biologic medicine patents may help slow price increases.4 Several biologic patents have now ended and their biosimilars, including Amgen’s monoclonal antibodies Mvasi (Avastin) and Kanjinti (Herceptin), went into clinical use in 2019.

Several other biosimilar launches are expected in 2020, including Pfizer’s Rituxan in January and Herceptin in February 2020.

“Even though the price differential between biosimilars and their branded counterparts is only around 15-30 percent, which is significantly less than the cost savings seen with the average generic drug, we still expect that biosimilars will start to contribute cost-savings in the US in 2020,” said Bain.

The report also indicated industry professionals thought vertical integrations or consolidations between PBMs and health insurers or pharmacies, may have a beneficial effect on US drug prices.4

“These deals [vertical integrations] are touted as opportunities to reduce inconsistencies, consolidate data, align pricing and ultimately lower cost of care… this trend will likely continue in 2020 as the industry looks for new ways to control costs and increase margins,” explained Bain.

However, the PRI brief raises concerns about the implications of such consolidations; Winegarden concludes that the overall motive for a merger will be key to its impact. The brief states that these mergers may just be a method of payers retaining more money, as opposed to improving delivery of medicines.

So, what can be done to curb rising prices? 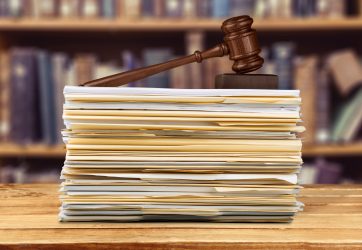 All the evidence suggests that reforms are needed. Winegarden’s brief proposes that incentives be changed so that the biologics market performs more like the chemical-based market, which supports innovation and affordability using pre-determined exclusivity periods, allowing manufacturers to recoup their R&D capital prior to competitors releasing generics to drive down prices.1

Despite this system working in the biologics and biosimilars market, the brief states that it fails due to the rebate model. Winegarden suggests transitioning to a ‘net-price model’ where manufacturers set a price that reflects the products’ value, and that is the price paid. He believes this encourages competition from manufacturers based on the true worth of a product, instead of how much they are prepared to lose in the negotiation process.

Another suggestion is the implementation of a single payer system. A University of California – San Francisco study summarising nearly two dozen analyses of national and state-wide single payer proposals made over the past 30 years showed that a single payer system would save patients, government and health plans money and increase the share retained by manufacturers, likely within the first year.5

…the American College of Physicians (ACP) published a series of papers recommending policy changes that would mean everyone in the US would be covered for healthcare under a single payer, national insurance system”

A single payer system requires a lone financing body to replace private insurance, therefore prices and rebates are not variable but apply to the entire state or nation. This simplified system would remove PBMs and many intermediaries in the supply chain, resulting in a greater share being retained by manufacturers. Single payer systems are already in place in Canada and some other countries with universal coverage.

To estimate what would happen if the US adopted a single payer system, researchers examined 22 economic analyses of national and state-level single payer plans. The team found that 19 of the 22 models predicted net savings in the first year after implementation. Ten of the models investigated cost projections in the future; from these the researchers concluded that savings would only increase over time.

Dr James G. Kahn, MPH, a professor in the UCSF Department of Epidemiology and Biostatistics said: “Even though they start with different single designs and modelling assumptions, the vast majority of these studies all come to the same conclusion,” that this type of reform would save money.

Overwhelmingly, the evidence in this article indicates that the complexities of the current US drug supply chain, including the rebate negotiation system and the intermediate bodies between the manufacturer and the patients, are driving the US drug price hike. Industry experts suggest that not only are enforced drug pricing and reimbursement constraints ineffective, they may be harmful in 2020.

Several suggestions for reforms are out there, but overall, simplification of the supply chain is the way to ensure that manufacturers recoup their capital and patients receive the treatments they need.

The American College of Physicians endorse ‘Medicare for All’

On the 20 January 2020 the American College of Physicians (ACP) published a series of papers recommending policy changes that would mean everyone in the US would be covered for healthcare under a single payer, national insurance system. Doctors expect this to both cut administrative time pressures and curb the rising costs of US healthcare.

The policies were developed by examining the strengths and weaknesses of the current US health system and analysing the major problems with American health care. According to the ACP, the solutions suggested are based on the best available data and evidence and a comprehensive review of recommendations in other literature.

The ACP is the largest medical specialty society in the US and the papers were supported by 2000 physicians ‘prescribing’ Medicare for All.

The papers were published in Annals of Internal Medicine. 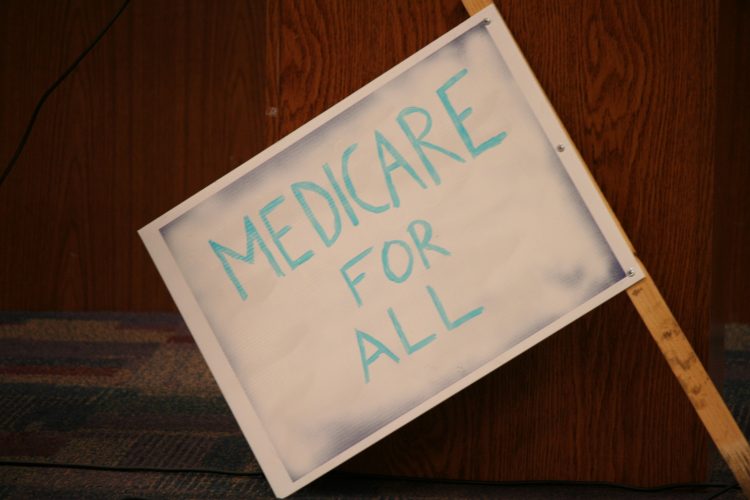 Pharma sales to increasingly rely on virtual platforms due to COVID-19, says report