Researchers at Aston University and Birmingham Children’s Hospital, UK, have discovered a highly effective three-drug approach to treat Mycobacterium abscessus (M. abscessus), a notoriously drug-resistant pathogen that affects up to 13 percent of cystic fibrosis (CF) patients in the UK. 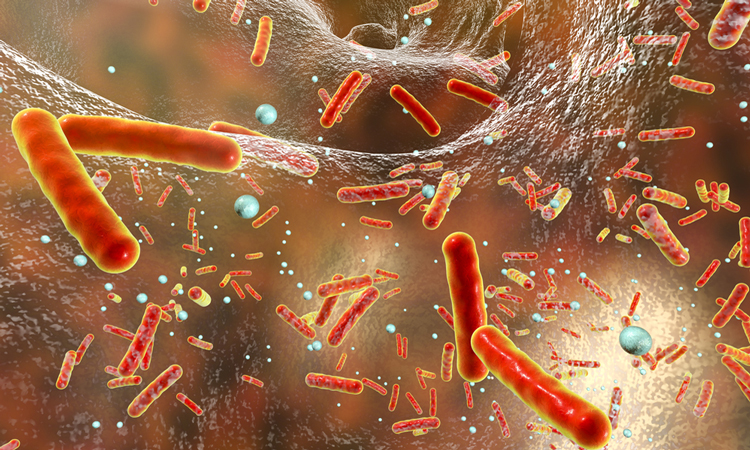 The M. abscessus complex comprises a group of rapidly growing, non-tuberculous mycobacteria (NTM), notoriously drug resistant and responsible for a wide range of infections including pulmonary, skin and soft tissue and disseminated infections. Described as an “antibiotic nightmare” by researchers1,2, M. abscessus disproportionately affects immunocompromised individuals and in particular CF patients. The bacteria is a specific concern for these patients as pulmonary infection is a contraindication to lung transplant, a life-saving mainstay of CF treatment and management. Treatment outcomes are uniformly poor, with sputum culture conversion rates (defined as two consecutive negative cultures, an indication of treatment success) being as low as 25-42 percent3.

M. abscessus has firmly established itself as a hardy, environmentally ubiquitous pathogen that is resistant to common disinfectants and almost all antibiotics in use today. There is also growing evidence of patient-to-patient transmission occurring. So, this is becoming widely recognised as a priority area for the development of new, safe and effective treatments.

A therapy guideline has been developed by the British Thoracic Society4 in an attempt to fight future infections. The regimen is based on laboratory susceptibility testing, involving a bi-phasic approach. Depending on susceptibility results, treatment involves a cocktail of drugs including: a macrolide (azithromycin or clarithromycin), amikacin, tigecycline, imipenem, clofazimine, linezolid, minocycline, moxifloxacin and co-trimoxazole. 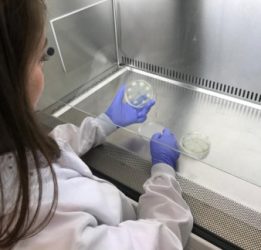 However, a patient cannot be expected to easily tolerate such a heavy regime of antibiotics. One study revealed that 78.8 percent of patients receiving treatment for M. abscessus pulmonary disease reported adverse side effects, the most severe being ototoxicity, gastrointestinal distress and myelosuppression.5 Nearly half (48.3 percent) of the patients required modification to their therapy as a result of these side effects, particularly those caused by tigecycline, linezolid and amikacin. It is particularly frustrating to note that use of these three antibiotics is most correlated with treatment success compared with the other, better tolerated antibiotics.5

The mechanism of resistance employed by M. abscessus that is most pertinent to research conducted by the UK’s Aston University and Birmingham Children’s Hospital is the endogenous production of a class A β-lactamase, known as BlaMab. Previous studies have shown that BlaMab is present in all isolates of M. abscessus isolates and displays a broad hydrolysis spectrum against β-lactams.6 Interestingly, it was also discovered that the hydrolysis efficiencies of BlaMab against various β-lactams is 1.8 – 50 times higher than the Mycobacterium tuberculosis β-lactamase, BlaC (except for Cefoxitin). Like other β-lactamases, BlaMab works by hydrolysing the amide bond in the β-lactam ring present in all β-lactams, thus deactivating the antibiotic. Unsurprisingly, M. abscessus is intrinsically resistant to all β-lactams, with the exceptions of imipenem, meropenem and cefoxitin.7,8

β-lactams are the most widely used class of antibiotics for treating infectious disease9 and, compared with other agents, are safe and well-tolerated with few side effects, the most frequent being allergic reactions.10 Considering that treatment for M. abscessus involves several questionable antibiotics with severe and debilitating side effects, it is disappointing that β-lactams are ineffective against M. abscessus.

With the development of a novel β-lactam-based β-lactamase inhibitor (BLI), clavulanate, in the 1980s, it was hoped that this class of drug could overcome resistance in all pathogens that produce β-lactamases. Predictably, BlaMab was found to be non-sensitive to clavulanate, as well as its later-developed sister compounds: tazobactam and sulbactam.6 Mechanism-based BLIs such as clavulanate are known as “suicide inhibitors” that form an irreversible covalent interaction with the active-site serine of the β-lactamase. It is thought that BlaMab may be resisting the acylation step of enzyme inhibition and it has been shown that BlaMab hydrolyses the β-lactam ring of clavulanate.6

In 2014, researchers had a breakthrough for targeting BlaMab; they discovered that a novel BLI, called avibactam, efficiently inactivates BlaMab. Discovered by scientists at AstraZeneca and Forest Laboratories, it was developed for the use in treating serious Gram-negative bacterial infections including complicated intra-abdominal infections (cIAI) and complicated urinary tract infections (cUTIs).

However, despite its potential, avibactam was not therapeutically viable; it was developed to be co-administered with ceftazidime, a cephalosporin β-lactam antibiotic, which does not work against M. abscessus when administered alone. Furthermore, the ceftazidime-avibactam combination has no activity against the pathogen.13 This is likely to be because of a currently unidentified alternative mechanism of resistance to β-lactams, such as low target affinity or efflux pumps.

In 2018, a novel BLI called relebactam was developed for co-administration alongside imipenem. Relebactam is structurally related to avibactam; it is a small serine-based molecule with a diazabicyclooxane core, but unlike avibactam, it also contains a piperidine ring.

M. abscessus has firmly established itself as a hardy, environmentally ubiquitous pathogen”

Due to its structural similarities to avibactam and its administration development, researchers at Aston University explored the potential usage of relebactam alongside a series of β-lactams against a panel of M. abscessus clinical isolates. They revealed that relebactam significantly enhances the effect of imipenem and, of interest, the addition of amoxicillin further enhances this result, killing 100 percent of isolates tested in the study.

Of note, when used in combination, the concentrations of each individual drug required to produce the killing effect is significantly reduced.

Translation to the clinic 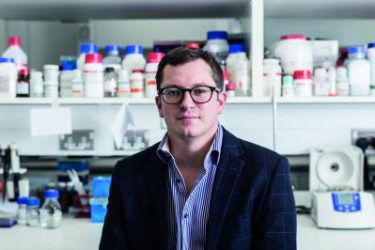 Lecturer in Microbiology at Aston University and leader of the research team, Dr Jonathan Cox said: “This new drug combination is a significant step forward for patients with CF that get infected with the deadly M. abscessus bacteria. Our new drug combination is significantly less toxic than those currently used and so far, we have managed to kill every patient’s bacterial isolate that we have received.

“This shows our drugs, when used in combination, are widely effective and could therefore make a huge difference to people whose treatment options are currently limited.

“Because amoxicillin is already widely available and imipenem-relebactam has just been approved for use by the US Food and Drug Administration (FDA), these drugs are already available to clinicians. We therefore hope to start treating patients as soon as possible.”

This study demonstrated that it is possible to reduce the amount of imipenem, a drug that can cause seizures in high doses, needed to inhibit M. abscessus by combining it with amoxicillin and relebactam. Furthermore, it showed that amoxicillin and imipenem-relebactam could kill all clinical isolates tested, a phenomenon that is not observed in the antibiotics that make up the treatment regimen.

Children being treated for the infection at the Birmingham Children’s Hospital, who part funded the research, will see the new combination implemented in their regimen, and it is hoped that the findings will have an impact on patients nationally and internationally. The next stage of the research is to trial the treatment clinically in patients and compare its efficacy to the current regimen.

Dr Paula Sommer, Head of Research at the Cystic Fibrosis Trust said: “It is exciting that these lab-based studies investigating new antibiotic treatments for M. abscessus infection are showing such promise and adding to our expanding knowledge of this devastating bug.

“NTM is the most feared infection a person with CF can develop. Taking drugs to treat this condition can add to an already significant regime of daily treatments and take up to a year to clear infections. We look forward to a time when effective, short courses of treatment are available to treat NTM.”

The research from Aston University was published in Scientific Reports.

Rose Lopeman is a final year PhD student at Aston University, Birmingham, UK. Rose graduated from St George’s, University of London with an undergraduate degree in Biomedical Sciences in 2013 and went on to obtain a Master’s degree, also in Biomedical Sciences, from Aston University in 2015. Before starting her PhD programme, Rose spent two years working for Public Health England in a clinical microbiology laboratory in Birmingham. 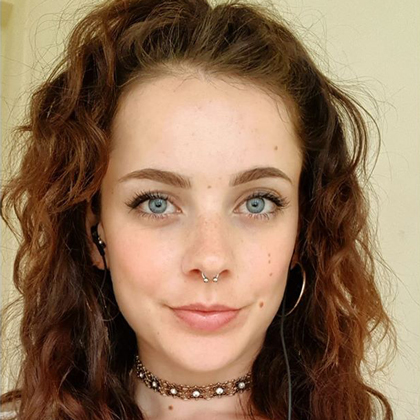