In this article, European Pharmaceutical Review’s Hannah Balfour explores some of big pharma’s latest developments in HIV treatment, with commentary from ViiV Healthcare’s Head of Research and Development, Kimberly Smith. 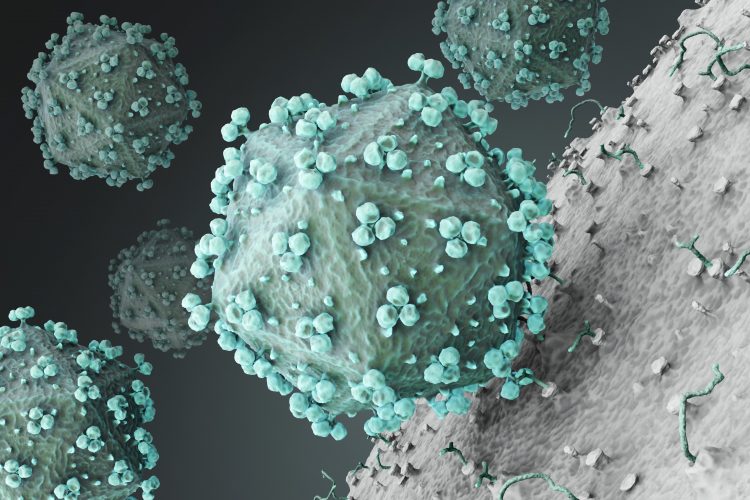 Despite eradication efforts and treatment developments, Human Immunodeficiency Virus (HIV) remains a prevalent medical issue almost 30 years after HIV-1 was first isolated and identified by the Pasteur Institute in France in 1983.1

HIV is part of the retrovirus family – specifically, a lentivirus – that is unable to self-replicate. Instead it infects and utilises human CD4+ T cells – a type of white blood cell which orchestrates, regulates and directly affects antiviral immunity – to replicate and spread through the body.2 Over time, HIV particles destroy the body’s CD4 T cells, reducing a person’s ability to fight pathogens and leaving them vulnerable to opportunistic infections.2 Individuals who contract several such infections experience the most advanced stage of HIV and are diagnosed with Acquired Immune Deficiency Syndrome (AIDS). Though there is no cure for HIV/AIDS, treatments have developed such that the majority of people with HIV never progress to developing AIDS.2

Treatments for HIV have come a long way since the first antiretroviral therapy (ART), zidovudine (AZT) – a nucleoside reverse transcriptase inhibitor (NRTI) – was released in 1987. Since then, seven distinct mechanisms of action for HIV medicines have been approved for the market:5

It was found that combining these mechanisms of action, and specifically two NRTIs and a PI or NNRTI, in highly active antiretroviral therapy (HAART) regimens was more effective at reducing viral load to undetectable levels than using the treatments as monotherapies.5 HAART regimens are also known as combinatorial ART (cART).

Drug developers have worked over the past decade to improve on HAART and other regimens, as well as the properties of individual therapies. A major breakthrough in HAART is the creation and regulatory approval of single-tablet fixed-dose combination products for NRTI and PI backbone regimens, to improve patient adherence. In recent years, several two-drug cART regimens have also been approved, which reduce side effects and toxicity, and are a critical part of changing the treatment paradigm.

Dr Kimberly Smith, Head of Research and Development at ViiV Healthcare, explained that as treatments have developed, so have patients’ expectations and needs: “the bar is set higher and higher because the medicines are increasingly effective and well tolerated, especially with the introduction of two-drug regimens.” Patients, she said, are still hoping that a cure will be developed but in the meantime their needs have evolved. According to Smith, where single-pill regimens were once a major unmet need, with multiple single-tablet regimens now on the market, the needs of patients have changed: “people now want to be able to not have to think about living with HIV every day.” 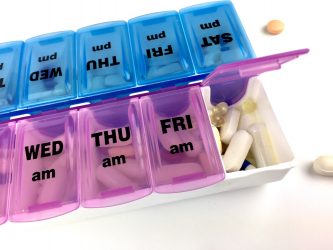 This, she said, is the premise upon which long-acting therapies have entered the market: “People want to have the privacy that comes with not having medicines in their home or not needing to travel with them. What long-acting therapy does is to take away that daily reminder of their disease.” The first long-acting cART regimen for HIV – Janssen’s Rekambys (rilpivirine) and ViiV’s Vocabria injection (cabotegravir) – was approved for once monthly dosing in the US in January 2021 and EU in December 2020, the EU has also approved the two-month dosing regimen.6

“We think that long-acting therapies are transformative for the field and will make a big difference,” said Smith, explaining that, in a recent trial of long-acting medications, nine out of 10 participants said they preferred the long-acting treatment option to daily oral therapy, many because they felt “liberated” from the daily reminder of their condition.7,8

She added that this cART is just the tip of the iceberg of ViiV’s long-acting therapy pipeline: “We have a broad pipeline of new products with different mechanisms of action that we are developing to partner with cabotegravir.” Smith stated that they believe it is important to have cabotegravir, an INSTI, acting as the anchor for regimens because this class of drug has proven so effective, but they intend to create combination regimens using therapies with novel mechanisms of action. Smith explained that some of the products in their pipeline include long-acting maturation inhibitors (a completely novel mechanism of action to what is currently on the market), long-acting capsid inhibitors, a neutralising antibody targeting the CD4 binding site and NNRTIs. “Our goal is to get to what we call ‘ultra-long-acting regimens’ that require dosing at most every three months,” she revealed, adding that their ultimate aim is to extend that to dosing just twice a year.

though it is unlikely a cure for HIV will be developed in the next ten years, the industry should be dosing patients with less frequency”

According to Smith, this will be achieved not only through the development of these new classes of drugs, but also through other collaborations, such as ViiV’s partnership with Halozyme. Halozyme makes a recombinant human hyaluronidase (recombinant PPH21) used to increase the volume of a subcutaneous injection that can be administered, expanding the current maximum of 2ml to 20ml. “That flexibility allows our development teams to increase the dose and therefore increase the interval between treatments,” explained Smith.

She also stated that long-acting treatment regimens may be preferable for paediatric populations, a group with unmet need in the HIV market, due to poor availability of age-adjusted and optimised paediatric formulations of ART. In 2020, 1.7 million children under 15 years old were infected with HIV and Smith explained that reducing the frequency of treatment administration for children could be beneficial in improving quality of life and adherence to regimens. 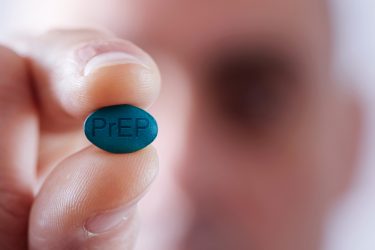 A large part of the global effort to combat HIV has been raising public awareness of the condition, designing diagnostic tests and promoting their use, and the development and adoption of preventative drugs, known as PrEP (pre-exposure prophylaxis). Smith explained that, in addition to being used for the treatment of HIV, ViiV’s long-acting cabotegravir regimen is also being developed for HIV prevention. Long-acting cabotegravir is currently under evaluation as PrEP in two trials: HPTN 084 and HPTN 083. In 2020, it was reported that the PrEP regimen of cabotegravir injections given every eight weeks was safe and superior to daily oral tenofovir/emtricitabine (TDF/FTC, a US FDA-approved PrEP regimen) for HIV prevention in HPTN 084.9 Due to efficacy, the independent Data Monitoring Committee recommended that the study be stopped early. In May 2020, HPTN 083 was also stopped early due to efficacy, after investigators found there were three times as many HIV infections in the TDF/FTC arm than in those receiving cabotegravir injections every eight weeks. A total of 50 incident HIV infections occurred in HPTN 083, with 38 incident HIV infections in the TDF/FTC arm and 12 incident HIV infections in the cabotegravir arm.9,10,11 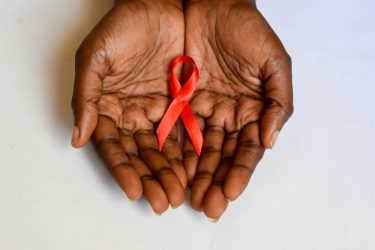 Long-acting regimens are not the only technologies to tackle HIV prevention; Janssen Vaccines and Prevention, part of the Janssen Pharmaceutical Companies of Johnson and Johnson, are currently developing a mosaic-based vaccine regimen for HIV-1.12 Termed a “mosaic-based” vaccine regimen, the vaccines include mosaic immunogens, such as a mosaic glycoprotein 140 (gp140) – a version of gp140 expressed on the surface of HIV particles made up of segments of gp140s taken from various different HIV strains. The regimen, delivered in four doses, uses two different vaccines: an adenovirus vector vaccine (Ad26.Mos4.HIV) that carries transgenes of mosaic HIV genes (gag, pol, env) and an aluminium phosphate-adjuvanted soluble protein (Clade C gp140).

The vaccine regimen, which showed promise in Phase I/II studies,12 is currently being evaluated in the Phase III Mosaico13 trial. Mosaico was initiated in 2019 and is expected to enrol 3,800 gay men and transgender people across 57 sites in the US, Latin America and Europe. Results for Mosaico are anticipated in 2023. Until recently the vaccine was also being evaluated in women in sub-Saharan Africa; however, the Phase IIb Imbokodo14 trial was discontinued in August 2021 due to lack of efficacy in the primary data analysis. Statisticians found that 63 participants who received the placebo and 51 participants who received the experimental vaccine acquired HIV infection. Thus, the efficacy of the vaccine was 25.2 percent. The vaccine was reported to have a favourable safety profile with no serious adverse events.15

Extensive efforts have been undertaken by pharma and biopharma to combat HIV in the last 30 years. With 13 single tablet regimens available on the US market16 and 10 in the EU,17 attention must now turn to meeting new patient needs. Smith explained that, though it is unlikely a cure for HIV will be developed in the next ten years, the industry should be dosing patients with less frequency thanks to the development and approval of long-acting regimens, such as Rekambys (rilpivirine) and Vocabria injection (cabotegravir) – the first long-acting regimen approved in the EU in 2020. Moreover, the development of more effective PrEP regimens will help in reducing new case rates. Together, these developments will help meet the United Nations goal of ending the HIV/AIDS epidemic by 2030.18

One response to “HIV treatment evolution: drug development to meet the modern needs of patients”