Tuberculosis: fighting the disease with a single vial

Vaccinations have begun in a phase I human clinical trial testing a freeze-dried, temperature-stable formulation of an experimental tuberculosis vaccine candidate. Nikki Withers speaks to Dr Daniel Hoft and Christopher Fox about the formulation process and what this means for vaccine development going forward. 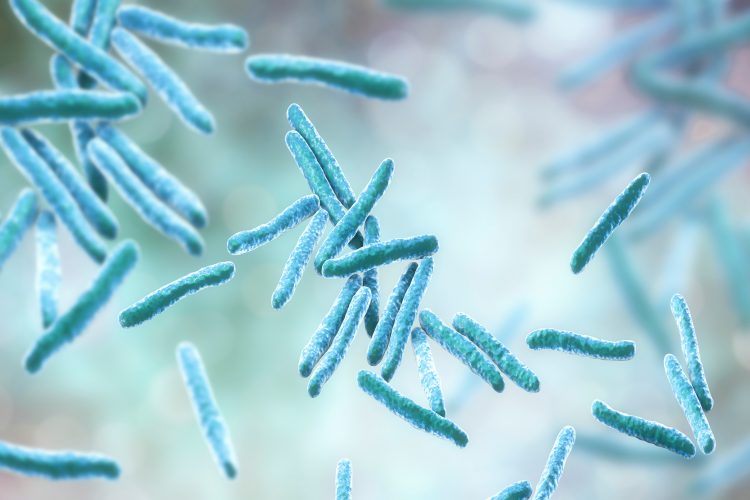 Tuberculosis (TB) is one of the leading infectious causes of death worldwide, infecting around one third of the world’s population, says Dr Daniel Hoft, director of the Division of Infectious Diseases, Allergy and Immunology at the Saint Louis University School of Medicine, who is involved in developing a novel, freeze-dried vaccine to help fight the disease. “We are testing a state-of-the-art vaccine, which targets multiple vulnerable points in the TB bacterium’s lifecycle,” he says. “The vaccine does not require a cold chain, which is critically important.”

Currently, the only Food and Drug Administration-approved vaccine for TB is Bacillus Calmette-Guérin (BCG). It is commonly given to babies in TB-endemic regions to protect children against meningitis and disseminated disease; however, the vaccine does not adequately prevent TB disease in adolescents and adults. Developing a highly effective TB vaccine would, therefore, be a crucial tool in ending the pandemic, according to the research team. However, many vaccines require a temperature-controlled system during transport, which can be costly and logistically challenging. “The worst problems with tuberculosis are in the developing world where it is difficult to maintain a cold chain,” explains Dr Hoft. 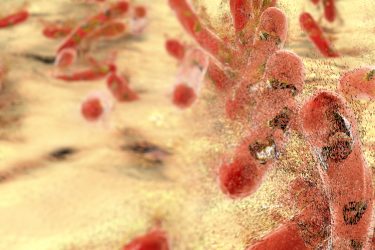 TB is one of the leading infectious causes of death worldwide

Christopher Fox, Vice President of Formulations at the Infectious Disease Research Institute and principal investigator of the project, explains they were interested in developing approaches to simplify administration and increase ease of delivery to resource-poor areas. “To our knowledge, no one had shown that a modern vaccine containing a complex adjuvant formulation could be freeze-dried and still maintain its critical quality attributes,” he says.

Compared to vaccines that require specific temperature-controlled environments, freeze-dried, or lyophilised, powder vaccines can be distributed at a lower cost to remote, low-resource settings. The powder formulations are mixed with sterile water for administering with a needle and syringe. “Freeze-dried vaccines may have significantly increased stability, enabling them to be exposed to temperatures outside of the cold chain and still retain potency,” explains Fox. “Moreover, in the case of vaccines containing adjuvants, it enables a single-vial presentation rather than separate vials that are mixed prior to immunisation (one containing adjuvant and one containing vaccine antigen).”

The experimental vaccine, ID93, is a recombinant vaccine candidate made from four proteins of Mycobacterium tuberculosis. The investigators are examining if a powder formulation combining ID93 and the adjuvant GLA-SE – an immune response-stimulating protein – in a single vial reconstituted with sterile water is as effective at inducing an immune response in participants as a previously tested two-vial combination of powdered ID93 and liquid GLA-SE.

“The two-vial presentation contains the antigen (powder) and adjuvant formulation (liquid) in separate vials, which requires the antigen to first be reconstituted with water and then mixed with the adjuvant formulation prior to administration,” says Fox. The focus of the present trial is to ascertain whether the adjuvant could be present in the same vial as the vaccine in a form that is stable and does not require a cold chain, making it more effective in downstream implementation of vaccination.

“A single-vial powder presentation contains both the vaccine antigen as well as the adjuvant formulation together in a single vial, which need only be reconstituted with water prior to administration,” says Fox. “We designed a composition that optimised stability of the critical vaccine components as well as lyophilisation performance. The excipient composition enables the adjuvant formulation and the vaccine antigen to retain important physicochemical characteristics (particle diameter, etc) in the absence of water. The lyophilisation process was optimised to ensure complete drying and formation of an elegant cake structure.”

Shashank Jain on formulation for drug delivery via the skin…

To test the effectiveness of the single-vial vaccine, the researchers have enrolled 48 TB-naïve participants to receive two vaccinations 56 days apart. Of these, 24 people were vaccinated with the single-vial formulation of ID93 and GLA-SE, and the remaining participants received the previously tested two-vial presentation of powdered ID93 and liquid GLA-SE. The researchers will be monitoring any reactions to the vaccine and blood samples will be examined to determine if participants have generated an immune response.

“We think the approach we have demonstrated with this vaccine can serve as a platform that is adaptable to other vaccine candidates where thermostability and simplification of administration could have significant advantages in ensuring that these products are able to be delivered where they are needed most,” concludes Fox.

Dr Daniel Hoft treats patients for infectious diseases. His areas of expertise include tuberculosis, parasitology and vaccination. He is particularly interested in research into vaccine development. When not teaching or treating patients, Daniel collaborates with a clinical research site in Johannesburg, South Africa, and serves as a grant reviewer for the National Institutes of Health (NIH). He is also an investigator for the Aeras Global TB Vaccine Foundation and for the Gates Foundation.

Christopher Fox has played a role in developing, characterising and manufacturing cGMP vaccine adjuvant formulations for clinical evaluation of vaccine candidates against a variety of infectious diseases. He also leads IDRI’s efforts to supply adjuvant and formulation expertise to global health researchers through the Global Health Vaccine Accelerator Platform funded by the Gates Foundation. Technology transfer to developing countries has also been a major focus of Chris’s work. From 2010-2014, he led a BARDA-funded effort to transfer adjuvant manufacturing technology to the Cantacuzino Institute in Bucharest, Romania. He has also participated in projects in Brazil and India, where a vaccine formulation centre has been constructed to manufacture adjuvant formulations for clinical trials to evaluate malaria, leishmania and tuberculosis vaccines.