Chemists have synthesised a single catalyst, able to perform multistep cascades of chemical reactions to produce a pharmaceutical product. 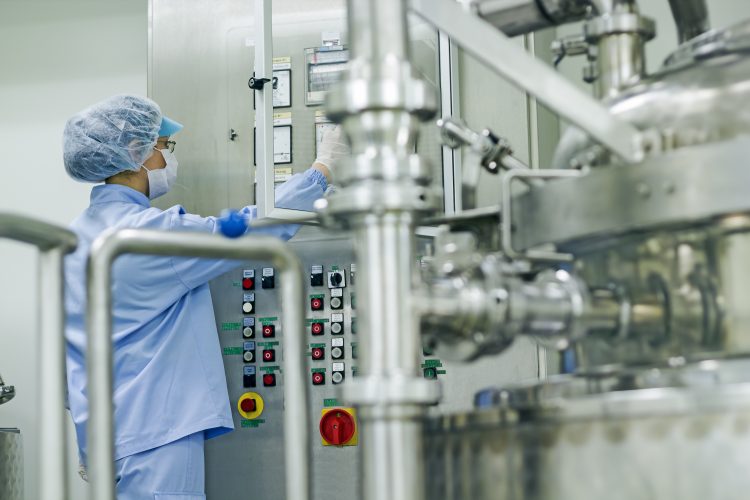 Researchers have demonstrated that the entire pharmaceutical manufacturing process could be simplified, to require only a single catalyst. According to the scientists, the development could lower the production times and costs of pharmaceuticals and other chemicals.

The scientists synthesised a metal-organic framework (MOF) with nanoparticle-sized pores, through the self-assembly of metal ions and organic ligands. They then introduced metal nanoparticle catalysts and enzymes to the pores in phases. The result was multimodal catalytic nanoreactors (MCNRs), with enzymes, nanoparticles and metal ions spaced to perform multistep cascades of chemical reactions efficiently.

The team from the Department of Chemistry at Pohang University of Science and Technology (POSTECH), South Korea, were able to use their catalyst to perform a multistep production process requiring a cascade of reactions. The catalyst, according to the researchers, showed high yield and optical activity.

The first author of the paper, Dr Soumen Dutta said: “We were able to demonstrate the chemical manufacturing process, which requires multistep procedures, in a simplified procedure with a single catalyst. This can lead to simplifying manufacturing process of fine chemical products such as drugs which need high optical selectivity.”

POSTECH’s Professor In Su Lee, concluded: “This can change the chemical process to become eco-friendly, using less solvents and energy for separating intermediates. Particularly by reducing the number of chemical reaction steps, we can shorten the time needed for developing vaccines that can respond to a virus. It will also lower the production cost of drugs and prices.”

The study was published in Angewandte Chemie International Edition.