Using AAV-based technology to deliver mAbs in a Phase I trial, researchers report that participants successfully developed antibodies against HIV. 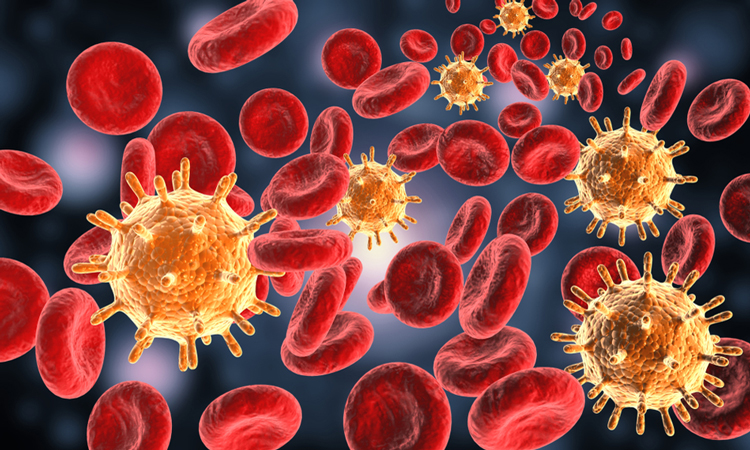 A new approach to direct the body to make a specific antibody against HIV has led to sustained production of that antibody for over a year among participants in a US National Institutes of Health (NIH) clinical trial, report the researchers. Their drug delivery technology uses a harmless virus to deliver an antibody gene into human cells, enabling the body to generate the antibody over an extended time.

The scientists suggest that with further development, such a strategy could be applied to prevent and treat a wide variety of infectious diseases.

Monoclonal antibody (mAb) preparations designed to bind to a single target offer an approach to preventing infections, aside from treatments with traditional antibodies. Administering proteins to people requires periodic injections or infusions to retain protective or therapeutic levels, which can be challenging, particularly in resource-limited settings. Delivery of antibody genes using a virus as a carrier, or vector, could offer a potential alternative.

“MAbs hold enormous promise for preventing and treating both established and emerging infectious diseases,” said NIAID Director Dr Anthony Fauci. “Novel delivery platforms such as viral vectors could facilitate the future development and deployment of antibody-based prophylaxis and therapy and these findings are a promising first step in that direction.”

Building on this pre-clinical work, researchers designed a Phase I clinical trial known as VRC 603. It aims to assess the safety and tolerability of an AAV8 vector carrying an anti-HIV antibody gene in adults living with well-controlled HIV and to evaluate whether it could cause human cells to produce the antibody. The vector carries the gene for an anti-HIV mAb called VRC07, originally isolated from the blood of a person with HIV, which is also a broadly neutralising antibody (bNAb).

The first eight participants in the trial received a single dose by intramuscular injection of one of three different dose levels of AAV8-VRC07. They continued taking daily antiretroviral therapy.

Following injection, all eight participants produced VRC07 at levels detectable in the blood. VRC07 production reached an early peak four to six weeks after injection, then decreased and slowly began to increase again roughly 16 weeks after the injection. The researchers monitored the five participants who received low or intermediate AAV8-VRC07 doses for one and a half to two years. For three of these five individuals, antibody levels one year after injection were higher than those observed at four to six weeks. The three volunteers who received the highest AAV8-VRC07 dose have so far been monitored for five months to one year. Two produced VRC07 at concentrations higher than those seen in the low and intermediate dose groups.

The researchers found that study participants have not experienced any major side effects due to AAV8-VRC07. Some volunteers experienced transient mild tenderness at the injection site or mild muscle pain.

Spotlight: a dispersible tablet formulation to treat HIV in children…

“To the best of our knowledge, this marks the first time that an AAV-based technology to deliver an antibody gene has resulted in safe and sustained levels of that antibody in blood,” said NIAID VRC Director Dr John Mascola. “We hope that further development of this technology will yield a drug delivery strategy applicable to a broad range of infectious diseases.”

Only three of the eight VRC 603 participants developed antibodies against VRC07; it is not yet clear whether these anti-drug antibodies could reduce VRC07’s ability to neutralise HIV. The VRC 603 participants’ HIV was kept under control with continued antiretroviral therapy during the trial, explain the researchers.

The findings from the study were presented in a presentation at the 2020 Conference on Retroviruses and Opportunistic Infections (CROI).