The application of tip-enhanced Raman spectroscopy (TERS) no longer needs to be hampered by a lack of understanding of optical parameters, thanks to new technique, say researchers. 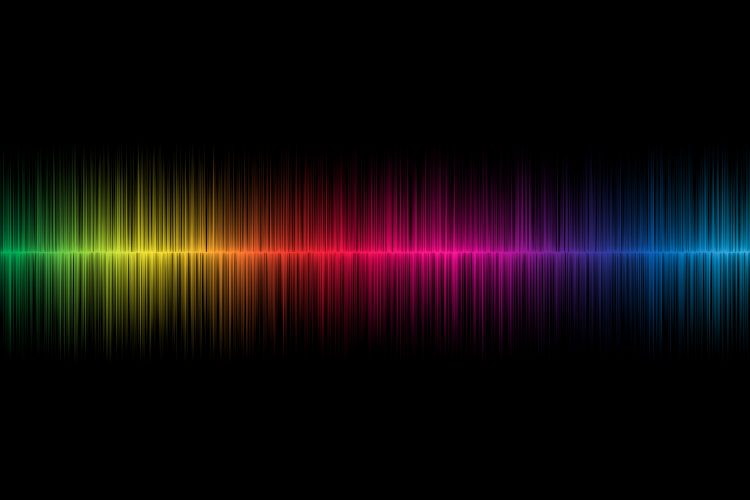 Researchers seeking to understand the conditions samples are exposed to during tip-enhanced Raman spectroscopy (TERS) experiments, have developed a method that they state could be used to optimise how TERS interacts with a tissue.

According to researchers, TERS is an essential technique to gain insight into the structural and chemical composition of surfaces at the nanoscale resolution. TERS is a marker-free spectroscopic method that is often used to investigate the structural properties of novel materials and protein aggregates, the latter giving insights into diseases like type 2 diabetes or Alzheimer’s.

However, the researchers stated a major limitation of the emergent technique was the lack of knowledge surrounding the parameters where the tip interacts with a sample, including the tip’s surface plasmon resonance (SPR), heating of the sample due to near-field temperature rise and how this may impact spatial resolution.

SPR occurs when light from the tip strikes the electrically conducting surface of whatever is being imaged. As a result, an electron charge density wave, essentially an excited and vibrating chain of electrons, called a plasmon is generated. Plasmons reduce the intensity of the light reflected from the surface being analysed and the image is created based on this.

In a paper published in Light: Science & Application researchers from Germany reveal their method to gain insights into the plasmonic activity of nanoparticles and near-filed temperature conditions during TERS experimentation.

Professor Volker Deckert from the Leibniz Institute of Photonic Technology and Dr Marie Richard-Lacroix from the Friedrich Schiller University Jena state their experimental method could be used with standard TERS equipment. Their techniques allows scientists to evaluate the optical response of samples at each TERS tip, during experimentation, by probing the Stokes and anti-Stokes spectral intensities and comparing them. 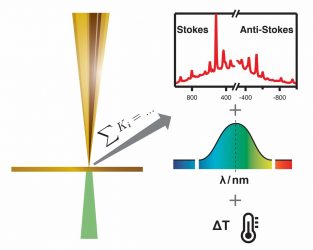 On the left side a schematic view of a tip-enhanced Raman scattering (TERS) experiment is shown. A metallised AFM probe is brought in close proximity to a specimen surface, a laser is focused on the tip-sample interface. Such a setup allows to obtain vibrational spectra (Raman spectra) of an extremely small region, as small as a single molecule or even a single bond. An example of so-called Stokes and Anti-Stokes regions of spectra that are obtained by such an experiment is shown on the upper right column. A thorough assessment of the spectra, allows to obtain the structure sensitive Raman spectra and synchronously the specific plasmon resonance properties of the particular tip and the respective temperature. This way tip-induced changes during a measurement are revealed consequently improving the comprehension of the experiment significantly [credit: Marie Richard-Lacroix and Volker Deckert].

“The proposed method could be a major step to improve the usability of TERS in day-to-day operation,” Professor Deckert explained. “The actual conditions to which the molecules are submitted from one experiment to the next can now be investigated and optimised directly, in real-time and at the sample scale.” This is especially relevant when it comes to examining biological samples, for example proteins which denature at high temperatures.

Dr Richard-Lacroix added: “To the best of our knowledge, no other accessible methodology opens up access to such a wealth of information on the plasmonic activity during a typical TERS experiment.”

They concluded: “We believe that this methodology will contribute to improve the accuracy of theoretical models and facilitate any experimental plasmonic investigation and the application of TERS in the field of nanoscale thermometry.”