Researchers have used a specific chemical signal released from a major bacterial pathogen to improve the activity of fluconazole against Candida biofilms. 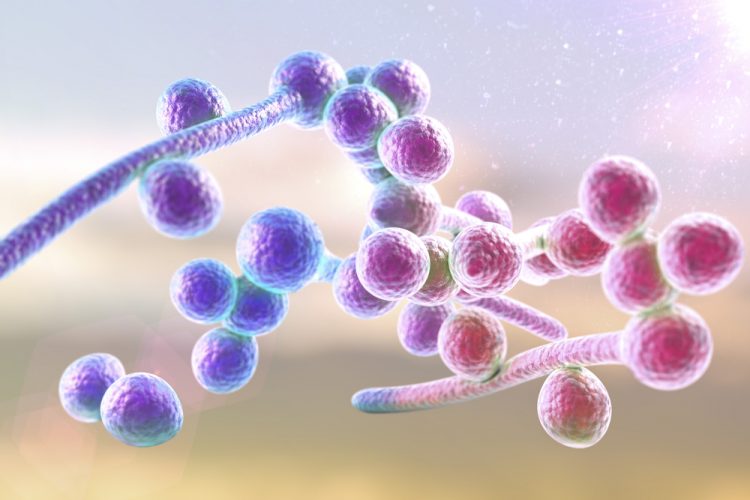 New research has shown that a novel drug formulation could potentially be used in antifungal treatments against Candida infections. The research was conducted by researchers at the University of Bristol, UK.

Candida albicans, a well-known yeast usually seen in the mouth, skin, gut and vagina, is reported to form biofilms and cause mild to life-threatening infections. Fluconazole, an antifungal drug widely used to treat Candida infections is completely ineffective in treating Candida biofilms – therefore, new drugs are needed to treat these. However, unlike antibiotics, developing antifungal drugs is very challenging because yeast cells are structurally similar to human cells. As a result, there is a greater chance of unwanted side effects with new antifungal drugs. A better alternative would be to improve the efficiency of currently approved antifungal drugs such as fluconazole, but with minimal side effects, say the researchers.

Recent studies have shown that microorganisms can communicate with each other using various chemical signals. Some use these signals to control other competing microorganisms, suggesting these could potentially be used as antimicrobial drugs.

In the study, the researchers investigated whether using some of these microbial signals from bacteria could improve the activity of fluconazole against Candida biofilms.

The research team found that C12AHL, a specific chemical signal released from major bacterial pathogen Pseudomonas aeruginosa, can be successfully used to significantly improve the activity of fluconazole against Candida biofilms by packaging them to small lipid molecules and delivering them together.

The pioneering research is one of only a few studies to demonstrate the possibility of using naturally existing microbial compounds against other pathogenic microorganisms.

Dr Nihal Bandara, Lecturer in Oral Microbiology from the Bristol Dental School and corresponding author, said: “It is well known that microorganisms live as ‘slime’ communities, called ‘microbial biofilms’ and are responsible for up to 80 percent of all infections in humans. These microorganisms are extremely difficult to remove even with the most effective antimicrobial drugs… It was really exciting to discover that we can use various signals released by microorganisms against others to control infections.”

The research team would like to develop the technique used in the study to investigate the efficacy of new drug formulation using an animal model.

In the future, the researchers say it is hoped scientists and pharmaceutical industries will explore the antimicrobial properties of microbial chemical signals so they can be developed into cost effective treatments.

The study was published in the International Journal of Pharmaceutics.