Posted: 14 May 2021 | Hannah Balfour (European Pharmaceutical Review) | No comments yet

To prevent the spread of the Ebola virus in West Africa, Johnson & Johnson is donating vaccines for a WHO early access clinical programme. 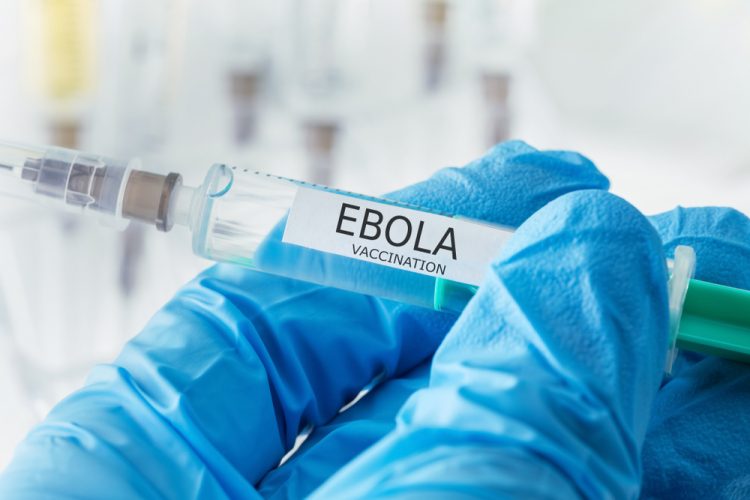 The World Health Organization (WHO) and the government of Sierra Leone have begun administering Johnson and Johnson’s Ebola vaccine regimen, Zabdeno® (Ad26.ZEBOV) and Mvabea® (MVA-BN-Filo), as part of a WHO early access clinical programme aimed at preventing further spread of Ebola in West Africa.

Up to 200,000 regimens of the Ebola vaccine developed by the Janssen Pharmaceutical Companies of Johnson & Johnson in collaboration with Bavarian Nordic A/S will be donated to WHO for the purposes of the early access clinical program.

Additionally, Zabdeno and Mvabea have received prequalification from the WHO. Prequalification aims to ensure that diagnostics, medicines, vaccines and immunisation-related equipment and devices for high burden diseases meet global standards of quality, safety and efficacy. The prequalification process consists of a transparent, scientifically sound assessment, which includes dossier review, consistency testing or performance evaluation and site visits to manufacturers. Having prequalification will help accelerate the registration of Johnson & Johnson’s vaccine regimen in countries where Ebola is a persistent public health threat and facilitate broader access to people at risk of exposure to this virus.

The new Ebola outbreak was officially declared by health authorities in Guinea in February 2021, after the West African country experienced its first cases of disease since the end of the 2014-2016 Ebola outbreak. Preliminary data obtained through genetic sequencing suggests that the new outbreak was caused by the same virus strain responsible for the last outbreak and was likely reintroduced by a survivor. The continuation of the outbreak, which has caused at least 23 cases and 12 deaths, and the persistence of Ebola virus in human and animal hosts underscores the importance of proactive vaccination efforts to prevent the further spread of the virus and to be prepared for potential new outbreaks in the future.

Administration of the Johnson & Johnson Ebola vaccine regimen in West Africa will be directed by the WHO and national governments in accordance with the protocol for the early access clinical programme. The goal of the initiative is to establish a protective geographic barrier against the spread of Ebola beyond Guinea, beginning in the neighbouring nation of Sierra Leone. The programme administered its first doses of the Ebola vaccine regimen this week in Sierra Leone’s Kambia District and is expected to expand to additional countries in the region as local preparations are completed.

The programme plans to administer the vaccine regimen to up to 200,000 individuals beginning with health workers, other frontline workers and others at increased risk of exposure to the Ebola virus (adults and adolescents 14 years and above on a case-by-case basis or depending on national regulations). Pregnant women and HIV-positive adults who are otherwise healthy are also permitted to enrol in the programme.

The Zabdeno and Mvabea vaccine regimen also has European Commission Marketing authorisation for the active immunization for the prevention of Ebola Virus Disease caused by the Zaire ebolavirus species in individuals aged one year and above.