Posted: 17 May 2021 | Hannah Balfour (European Pharmaceutical Review) | No comments yet

The investigational antibody evinacumab was able to lower triglycerides by up to 82 percent in severe hypertriglyceridemia patients with acute pancreatitis. 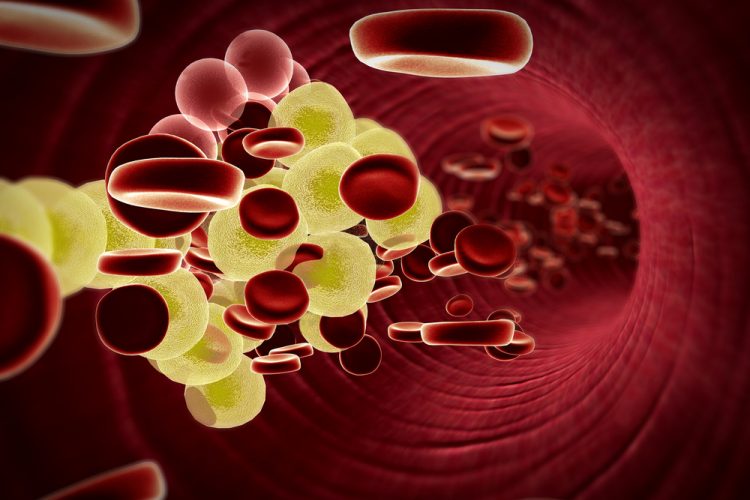 In a global Phase II study, the investigational monoclonal antibody (mAb) evinacumab was able to reduce triglycerides in patients with severe hypertriglyceridemia and a history of hospitalisations for acute pancreatitis. Dependent on genotype, the fully human mAb produced sustained reductions in triglyceride levels of up to 82 percent, while also lowering the risk of recurrent acute pancreatitis. The results of the study were presented as a late-breaking clinical trial at the American College of Cardiology (ACC) Annual Scientific Session on 16 May 2021.

“Evinacumab has the potential to not only lower triglycerides, but the risk of acute pancreatitis… and the risk of cardiovascular events in a highly vulnerable patient population,” stated Dr Robert Rosenson, Professor of Medicine at the Icahn School of Medicine at Mount Sinai, US, and lead investigator of the study. “The unmet clinical need could not be greater. Even after the current therapeutic options of dietary counselling, fibrates, and omega-3 fatty acid products, many individuals with severe hypertriglyceridemia have elevated triglyceride levels above 500 mg/dL – and some in the thousands.”

Severe hypertriglyceridemia, defined as triglycerides >500 mg/dL, is believed responsible for around 10 percent of all cases of acute pancreatitis which affects more than 200,000 US patients a year. It is an inflammatory condition of the pancreas that causes abdominal pain and fever, additionally, in some individuals, it can be life-threatening. Recurrent acute pancreatitis typically requires frequent hospitalisations.

In their study of 52 patients with severe hypertriglyceridemia, researchers found that clinical improvements depended on genetic variants. The greatest triglyceride reductions, up to 82 percent, occurred in a cohort of patients without two mutations in the lipoprotein lipase (LPL) pathway. LPL is an enzyme responsible for metabolising triglycerides. In a second cohort of patients with a genetic disorder known as multifactorial chylomicronaemia syndrome (MCS), triglycerides were reduced by around 65 percent. In the third cohort, those with loss of function mutations in two genes encoding lipoprotein lipase (a condition known as familial chylomicronaemia syndrome [FCS]) there was no reduction in triglyceride levels.

“Our research underscored the importance of genetic testing of the LPL pathway to determine which patients are most likely to respond well to evinacumab therapy,” commented Dr Rosenson, who is also Director of Metabolism and Lipids for the Mount Sinai Health System. “Even in patients with two LPL mutations who experienced no reduction in triglycerides, there were reductions in non-HDL cholesterol and in the cholesterol content of triglyceride-rich lipoproteins, demonstrating that evinacumab was impacting the triglyceride pathway.”

Evinacumab binds to angiopoietin-like protein 3 (ANGPTL3), a protein thought to play a role in cholesterol metabolism, inhibiting its function. People who are missing or have very low ANGPTL3 due to genetic causes are known to have significantly reduced lipid levels, suggesting to scientists that it could also be a therapeutic target for lowering triglycerides.

Regeneron Pharmaceuticals’ evinacumab was approved under the brand name Evkeeza™ by the US Food and Drug Administration (FDA) in February 2021 for homozygous familial hypercholesterolemia, an inherited disorder that makes it difficult for the body to eliminate LDL cholesterol from the blood.

The next clinical trial for evinacumab in patients with severe hypertriglyceridemia is designed to evaluate the reduction in the risk of acute pancreatitis and is expected to begin shortly. “Based on the results we have seen to date, we believe evinacumab can significantly decrease the risk of recurrent acute pancreatitis in people with severely elevated triglycerides,” said Dr Rosenson. “At the same time, this novel drug could help to ease the financial burden on a health system which provides ongoing care for these high-risk patients who are frequently hospitalised for recurrent episodes of acute pancreatitis.”

Semaglutide: “a significant advance in the treatment of obesity,” say scientists…