A new paper reveals a potential source of errors in the Raman spectroscopy analysis of chiral molecules that could lead to significant data misinterpretations, and a potential method to fix it. 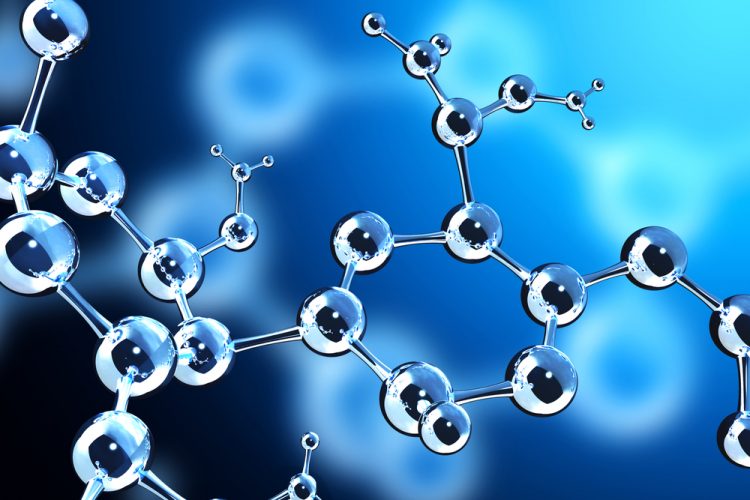 According to a new study, care should be taken when analysing certain chiral molecules with Raman spectroscopy techniques because circularly polarised light can falsify the results.

Chiral molecules are those with handedness, ie, they cannot be superimposed on their own mirror image. Many organic substances have chirality, including vitamin B12, a molecule which is of interest to chemists because it contributes to energy metabolism, plays a role in the nervous system and blood cells, and can be variably bonded to other substances. Vitamin B12 is also non-toxic. As a result, some chemists believe vitamin B12 has great potential as a transport medium, on which certain drugs could “piggyback” to arrive at their target location.

However, to use vitamin B12 in complex drug-transport designs requires a reliable analytical method. Raman spectroscopy, or resonance Raman optical activity (RROA), – which measures light scattered by the molecules of a substance to determine their vibrational modes and thus identify its constituents – has been used in the analysis of vitamin B12, but, according to Malgorzata Baranska from the Jagiellonian University in Krakow, Poland, and collaborators, the technique is not perfect. In their new paper they show how circularly polarised light can create significant errors in the Raman spectroscopy of vitamin B12.

In their analysis the team took several vitamin B12 derivatives with different functional groups and analysed them using RROA. Because the molecules were similar, they expected the Raman spectra to be similar too; however, in some of the measurements, the researchers found the optical activity changed significantly as the concentration of the substances in their solutions changed. This phenomenon could lead to data misinterpretations if it is not factored into the data, wrote Baranska et al.

Through further investigation the team discovered that this concentration dependent phenomenon, which was able to severely alter relative band intensities and signs in the natural RROA spectra, could be attributed to circular dichroism. “The left- and right-circularly polarised light is absorbed differently by a chiral medium, both before and on the focal range of the laser beam in the measurement cell,” Baranska stated. The resulting effect may lead to an additional (false) Raman optical activity of the chiral solute. The team stated that they believe “this phenomenon has been either overlooked or misinterpreted in earlier studies.”

However, according to the scientists, this problem is not insurmountable. They showed in their research that, by analysing the compounds with electronic circular dichroism (ECD) spectroscopy and factoring those results into the RROA analysis, they could reliably record results. The team showed that this could be done either through computational modelling or by adapting the measurement itself to account for the interference.

They reported that the ECD/RROA effect is proportional to the concentration and dependent on the optical pathlength of the light propagating through the sample, with the relationship being RROAtrue = RROA – ROAECD.

The team also stated that, while they demonstrated this phenomenon for vitamin B12 analogues, the procedure is applicable to other light-absorbing chiral molecules too.

The study was published in Angewandte Chemie International Edition.