According to researchers, amphibian foam from the nests of the túngara frog could revolutionise topical, vaginal and rectal drug delivery. 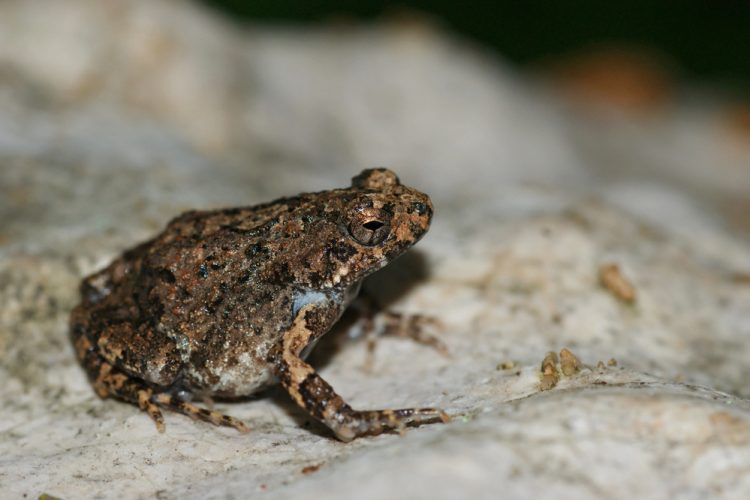 In a new paper published in the Royal Society Open Science, scientists showed that amphibian foam, one of the only stable naturally occurring foams, can encapsulate a range of compounds, including antibiotics; provide controlled release; and share some properties with pharmaceutical foams. Additionally, the authors reported that they are highly biocompatible, due to the sensitive nature of amphibian skin, and therefore could minimise risk of allergic reactions.

The work was undertaken by a collaborative team from Queen’s University Belfast, the University of Strathclyde and the University of Glasgow. They decided to evaluate amphibian foam after they noted its stability – lasting up to 10 days in tropical environments.

While synthetic foams have been used to deliver therapeutics and cosmetics since the 1970s, the development of biocompatible, liquid foams with high foamability and long-term stability remains a challenge. Many liquid aqueous foam formulations have useful foamability properties but poor long-term stability. Through the addition of surfactants, stability has improved but this introduces issues with biocompatibility, and increases the chance of allergic reactions.

In their study, Brozio et al. collected foam from wild túngara frogs (Engystomops pustulosus), assessed its structure and composition and made nanoparticles to deliver drugs through the foam. They found that the foam released the compounds slowly while the structure held together.

Dr Dimitrios Lamprou, from the School of Pharmacy at Queen’s University Belfast, explained: “In testing the foam in our labs, we analysed the properties of the foam and were impressed that not only was it strong and durable, but when we administered drugs, they were released over a long period of time. This controlled release and stable compounds has huge implications for drug delivery.

“One practical example could be with burn treatment whereby the foam would enable the drugs to be delivered under the bandage over a longer period, without needed to remove the bandages frequently, which would reduce the chance of infection. Organic structures are also less irritable and less likely to cause allergies to human skin. Further testing is needed, but we are excited about the prospect of this novel drug delivery which could be used for proteins or siRNA.”

The team have successfully produced the foam’s proteins in a laboratory using bacteria, acknowledging that the frogs would not be able to produce enough foam to meet manufacturing demands. The next stage of the research will focus on the ability to scale up the reproduction of the exact foam properties in a laboratory setting.

Dr Paul Hoskisson at the University of Strathclyde and researcher on the study, added: “This is the first time an amphibian foam has been used for drug delivery. It should give us a nice, safe delivery vehicle that can be administered to patients without any fear of making them sick, unlike many of the other synthetic delivery vehicles. We are now looking at reproducing the exact foam as well as more focus on analysing more drugs to see which lend themselves better to this type of drug delivery.”