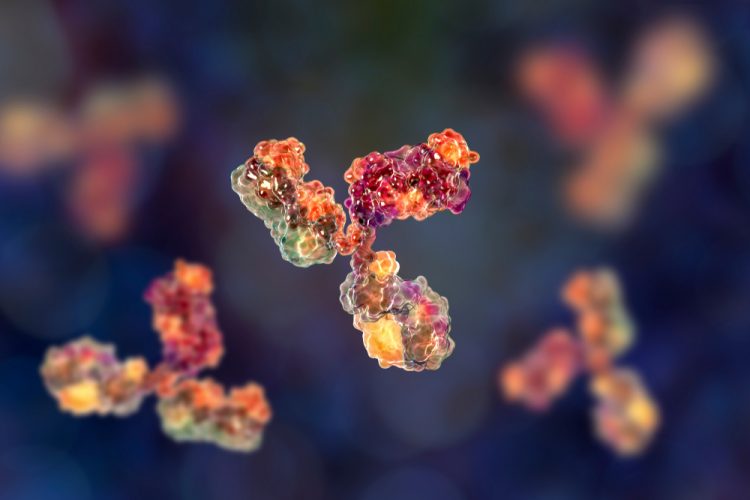 Charge heterogeneity is a critical quality attribute of mAbs; caused by various types of post-translational modifications, variations in charge can impact the activity of a therapeutic antibody, and thus it must be characterised and monitored.

As a result of the diversity of mAbs, applying multiple different analytical techniques offers orthogonal selectivity and complementary information on mAb charge heterogeneity.

So far, AEX-MS not been widely applied for this application, as the majority of therapeutic mAbs currently on the market belong to IgG1 subclass and are therefore relatively basic (with high isoelectric points [pIs] >7.5), making them less suitable for AEX-MS analysis. Yet an emerging therapeutic class, IgG4 mAbs, tend to be more acidic with a lower pIs and therefore may benefit from AEX-MS analysis.

In a study published in Analytical Chemistry, researchers from Regeneron Pharmaceuticals developed and optimised a salt gradient-based AEX-MS method and showed its utility in charge variant analysis of mAbs. In their work, the team evaluated different elution modes, column operating temperatures and sample treatments to improve chromatographical resolution. They also analysed several mAb molecules with a wide range of pIs, from both IgG1 and IgG4 subclasses.

The researchers found that while AEX-MS is less useful for IgG1 molecules, it is an “attractive alternative for charge variant analysis of IgG4 molecules”. According to the team, AEX-MS was broadly applicable across IgG4-based mAbs and enabled the analysis of relatively acidic mAb molecules that are not well separated by CEX.

By elevating the column temperature and lowering the mAb pI through PNGase F-mediated deglycosylation, the authors demonstrated that the chromatographical resolution from AEX separation can be significantly improved.

The authors concluded: “the developed AEX-MS method can provide site-specific and isoform-resolved separation of Fc deamidation products, allowing rapid and artefact-free quantitation of these modifications … as IgG4-based therapeutics continue to evolve, this developed AEX-MS method will become increasingly valuable as an alternative means to provide comprehensive charge heterogeneity characterisation.”

Sustainable pharma packaging: breaking down the barriers to adoption