A new study demonstrates the design and potential of adding artificial components to bacteria to enable tumour targeted drug release and immune activation. 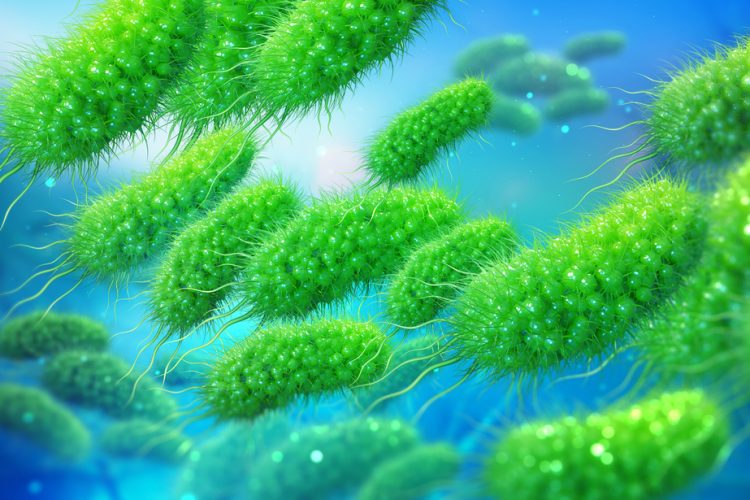 Researchers have constructed biohybrid microrobots, by equipping Escherichia coli bacteria with artificial components, that could one day offer a highly targeted and effective cancer treatment option.

The team of scientists from the Physical Intelligence Department at the Max Planck Institute for Intelligent Systems combined robotics with E. coli bacteria to construct their innovative drug delivery system.

Firstly, they attached several nanoliposomes containing ICG to each bacterium. ICG melts when illuminated by near infrared light, enabling a drug payload – the chemotherapeutic doxorubicin (DOX) – to be released from inside the aqueous core of the nanoliposomes.

The researchers also attached magnetic nanoparticles, which, when exposed to a magnetic field, help control the swimming of the highly motile microorganism.

The rope binding the liposomes and magnetic particles to the bacterium is a very stable streptavidin and biotin complex, which was developed a few years prior.

According to the team, several properties of E. coli bacteria make them a desirable platform for cancer drug delivery: they are fast and versatile swimmers that can navigate through material ranging from liquids to highly viscous tissues; and they have highly advanced sensing capabilities, drawn to chemical gradients such as low oxygen levels or high acidity – both prevalent near tumour tissue.

Treating cancer by injecting bacteria in close proximity, allowing the bacteria to grow and activate the local immune response, is known as bacteria mediated tumour therapy, and has been a therapeutic approach for more than a century. Scientists are now working to increase the efficacy of such treatments by equipping bacteria with extra components.

However, adding such components is challenging, as the density of the solution affects dilution. The team in Stuttgart were successful, equipping 86 out of 100 bacteria with both liposomes and magnetic particles.

In their study, the scientist also demonstrated that they could externally steer the high-density solution through different courses. First, an L-shaped narrow channel with two compartments on each end, with one tumour spheroid in each. Second, an even narrower set-up resembling tiny blood vessels. They added an extra permanent magnet on one side and showed how they precisely control the drug-loaded microrobots towards tumour spheroids.

This on-the-spot delivery would be minimally invasive for the patient, painless, bear minimal toxicity and the drugs would develop their effect where needed and not inside the entire body”

Finally, the team steered the microrobots through a viscous collagen gel (resembling tumour tissue) with three levels of stiffness and porosity, ranging from soft to medium to stiff. The stiffer the collagen, the tighter the web of protein strings, the more difficult it becomes for the bacteria to find a way through the matrix. The team showed that once they add a magnetic field, the bacteria managed to navigate all the way to the other end of the gel.

Once the microrobots are accumulated at the desired point (the tumour spheroid), a near infrared laser generates rays with temperatures of up to 55°C, triggering the melting of ICG and the nanoliposomes, resulting in the release of the enclosed drugs. A low pH level or acidic environment also causes the nanoliposomes to break open, enabling drugs to be released near a tumour automatically.

“Imagine we would inject such bacteria based microrobots into a cancer patient’s body. With a magnet, we could precisely steer the particles towards the tumour. Once enough microrobots surround the tumour, we point a laser at the tissue and by that trigger the drug release. Now, not only is the immune system triggered to wake up, but the additional drugs also help destroy the tumour,” stated Birgül Akolpoglu, a PhD student in the Physical Intelligence Department at MPI-IS and first author of the study.

“This on-the-spot delivery would be minimally invasive for the patient, painless, bear minimal toxicity and the drugs would develop their effect where needed and not inside the entire body,” Alapan added.

“Bacteria-based biohybrid microrobots with medical functionalities could one day battle cancer more effectively. It is a new therapeutic approach not too far away from how we treat cancer today,” concluded Professor Dr Metin Sitti, who leads the Physical Intelligence Department and is the last author of the publication. “The therapeutic effects of medical microrobots in seeking and destroying tumour cells could be substantial.”