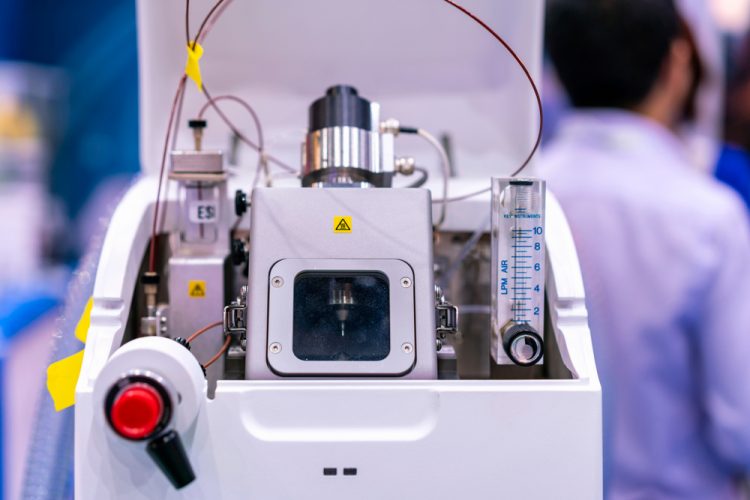 Researchers from the New Jersey Institute of Technology (NJIT), US, have developed a pioneering technique to test and produce new protein-based drugs, like therapeutic monoclonal antibodies (mAbs), which could help scientists develop better solutions to globally problematic diseases such as cancers and infectious illnesses.

The electrochemistry-based technique, recorded in the journal Analytical Chemistry, actively monitors the efficacy and safety of therapeutic protein components throughout the drug development process. Absolute quantitation of multiple proteins (β- lactoglobulin B, α-lactalbumin and carbonic anhydrase) in a mixture was achieved in a single run.

Protein quantitation, such as the preparation of synthetic isotope-labelled peptides is used as an internal standard to measure a sample’s total protein concentration. The study suggests that utilising coulometric mass spectrometry (CMS)  biotherapeutic safety and quality testing could be accomplished far quicker than current sample testing methods, which are time-consuming and expensive.

The technique is set to have huge possibility in field of quantitative proteomics, the large-scale discovery and analysis of proteins in an organism, which includes using techniques such as liquid chromatography-mass spectrometry (LC-MS), can take weeks to process data.

To enhance this traditional technique, Professor Hao Chen, at NJIT’s Department of Chemistry and Environmental Sciences and his team developed CMS to completely quantitate proteins despite the absence of standards. The method utilises (LC-MS) and combines it with an electrochemical flow cell to rapidly measure and identify changes in target proteins or peptides based on their electrochemical signatures.

NJIT student and the paper’s first author Yongling Ai described how the technique separates peptides after protein digestion using LC, monitors peptide oxidation in the electrochemical flow cell to produce an electric current and uses MS to measure oxidation yield. According to the team, the process offers sufficient data to fully quantify the presence of peptides and proteins.

Critically, the equipment detected the never-seen-before formation of succinimide, an intermediate type of protein deamidation, a process where therapeutic proteins degrade due to physical or chemical stress during manufacture or while in storage. Chen explained that the lack of standards in the research field prevented this event being witnessed before. He added: “Being able to accurately quantify the deamidation products and intermediates could provide better understanding of therapeutic protein degradation, and potentially create a new way to investigate disease pathologies and aging processes.”

“This method…represents a paradigm shift in pharmaceutical industry in terms of monitoring biopharmaceutical product and process impurities for quality control,” stated Chen, who also mentioned that CMS quantitation experiments can be performed immediately, enabling researchers to track the drug impurities discovered during the experiment and ensure they are cleared using process optimisation and control. This could provide industry-wide support in deciding disease biomarkers and drug targets.

As CMS can quantify thousands of proteins in one run, the research team plans to increase the sensitivity of their analysis to allow very low proteins levels to be quantified in complex biological samples. This could support precision medicine by using the CMS’s ability to identify and quantify samples at molecular level.

The study was funded by the US National Institutes of Health (NIH) and included collaborators Merck, Johnson & Johnson and Ohio University.