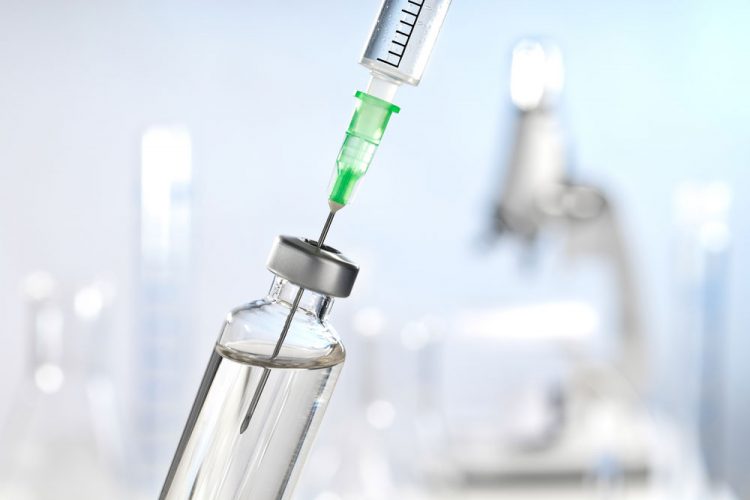 In a prevention-of-infection Phase 2 trial conducted in South Africa, revaccination with the Bacille Calmette-Guerin (BCG) vaccine significantly reduced sustained TB infections in adolescents. An experimental vaccine candidate, H4:IC31, also reduced sustained infections, although not at statistically significant levels. However, the trend observed for H4:IC31 is the first time a subunit vaccine has shown any indication of ability to protect against TB infection or disease in humans.

New TB vaccines are essential to end this deadly epidemic, especially with the rise of drug-resistant strains

According to the World Health Organization (WHO), about one-third of the world’s population has what is called a latent TB infection, which means people have been infected by TB bacteria but are not (yet) ill with the disease and cannot transmit the disease. People infected with TB bacteria have a lifetime risk of falling ill with TB of 10 percent. People ill with TB can infect 10-15 other people through close contact over the course of a year. Without proper treatment, 45% of HIV-negative people with TB on average and nearly all HIV-positive people with TB will die.

Dr Mark Hatherill, Director of the South African Tuberculosis Vaccine Initiative (SATVI) at the University of Cape Town, and the study’s principal investigator, said: “We are pleased to have performed the first-known randomised, placebo-controlled prevention-of-infection trial for TB and to have demonstrated that vaccination has the potential to reduce the rate of sustained TB infection in a high-transmission setting. While neither vaccine proved to be statistically significant in preventing an initial TB infection, we are extremely encouraged by the signals observed for both vaccines in preventing sustained TB infections. We believe the results from this novel trial design will provide significant scientific benefit to the field in understanding TB infection, and based on this positive signal, we look forward to testing the potential of such vaccines to prevent TB disease among uninfected adolescents in a larger, more traditional prevention-of-disease clinical trial.”

The study evaluated H4:IC31 vaccination and BCG revaccination for safety, immunogenicity and the ability to prevent initial and sustained TB infections among healthy adolescents in the Western Cape Province of South Africa. H4:IC31 is an investigative subunit vaccine candidate being developed jointly by Aeras and Sanofi Pasteur, the vaccines business of Sanofi (EURONEXT: SAN) (NYSE: SNY), and the Statens Serum Institut. BCG is the only licensed tuberculosis vaccine available globally. The clinical trial was conducted at SATVI and at the Emavundleni Research Centre (part of the Desmond Tutu HIV Centre). It was funded by Sanofi Pasteur, the United Kingdom’s Department for International Development, and Aeras. The study was approved by the Medicines Control Council of South Africa and the relevant local independent ethics committees.

Dr Linda-Gail Bekker, a lead investigator for the trial, the Chief Operating Officer at the Desmond Tutu HIV Foundation and President of the International AIDS Society, said: “We would like to thank all the study participants and their families for participating in this novel clinical trial. We believe the results are important and warrant further investigation into other subunit vaccines and a reevaluation of BCG revaccination as a potential strategy to prevent TB in high-incidence countries. An effective TB vaccine remains an urgent global goal.”

Dr Jacqui Shea, CEO of Aeras, stated: “New TB vaccines are essential to end this deadly epidemic, especially with the rise of drug-resistant strains. In this innovative study, we not only observed important results for BCG, we also saw the first early efficacy signal against infection to be shown by a subunit TB vaccine candidate (H4:IC31). Further, we established that the novel prevention-of-infection trial design has the potential to provide evidence of a biological signal earlier and at lower cost than traditionally designed TB vaccine prevention of disease efficacy studies. The data collected will inform the next series of clinical studies as well as enable the search for correlates of protection against sustained infection. Later this year, Aeras and its partners look forward to announcing primary results from a Phase 2b prevention of disease trial with M72/AS01E, another subunit vaccine candidate, and to commencing two Phase 2 clinical trials with an additional, promising subunit vaccine candidate.”

The study involved 990 HIV-negative, healthy adolescents (12 to 17 years of age) who had been vaccinated as infants with BCG. All participants were randomised evenly into three study arms: placebo, H4:IC31, or BCG revaccination. All participants were screened to ensure they were not infected with Mycobacterium tuberculosis (Mtb) prior to vaccination in the study. At the outset of this innovative proof-of-concept study, statistical significance was set at one-sided p<0.1 to favor the risk of observing a false positive efficacy signal rather than a false negative.

The data showed that both vaccines appeared to be safe and produced an immune response in the adolescents studied. No vaccine-related serious adverse events were reported in the study, and the most common vaccine-related adverse event was injection site swelling in BCG revaccinated participants, typical for BCG vaccination.

For the primary efficacy endpoint, 134 participants tested positive for an initial Mtb infection as measured by QFT-GIT conversion from negative to positive (placebo=49; BCG=41; H4:IC31=44). When compared to placebo, neither vaccine achieved statistical significance in preventing an initial QFT-GIT conversion. Observed vaccine efficacy was 20.1% (p=0.15) for BCG revaccination and 9.4% (p=0.32) for H4:IC31.

For the secondary efficacy endpoint, 82 participants exhibited a sustained QFT-GIT conversion lasting at least 6 months following initial conversion (placebo=36; BCG=21; H4:IC31=25). These participants were evaluated to see if they would revert to negative as measured by the QFT-GIT test. In the BCG revaccination arm, the vaccine efficacy for preventing a sustained infection was 45.4% (p=0.013) and in the H4:IC31 arm the vaccine efficacy was 30.5% (p=0.08).

COVID-19 challenge trials: is there a compelling ethical argument against?

Current innovations in the vaccine pipeline