An international team of researchers has identified the key role that IL-18 protein plays in Still’s disease, making it a prime candidate for IL-18 inhibitor drug that is proving promising in current trials. 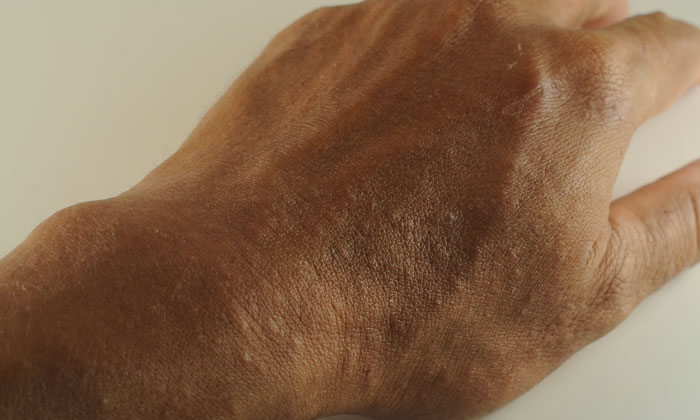 Still’s disease is a serious orphan disease characterised by high fevers, skin and joint involvement including paralysis, as well as damage to other organs such as the liver or spleen. It is caused by a deregulation of the immune system, which triggers an acute inflammatory response.

An international team from the University of Geneva (UNIGE) and Geneva University Hospitals (HUG) has successfully tested a molecule inhibitor of interleukin-18, a protein involved in immune response. These encouraging results in terms of safety and efficacy are paving the way for a new kind of treatment that can be applied not only to Still’s disease, but other rare inflammatory diseases too.

In its adult form, Still’s disease affects approximately one in 100,000 people each year, with its infantile form being 10 times more common. This rare condition can take various forms: monocyclic, polycyclic or chronic, leading to attacks on several organs that may threaten the quality of life – or actual life – of those affected. While the cause is still unknown, genetic factors have been identified in other, similar syndromes.

Cem Gabay, a professor at UNIGE’s Faculty of Medicine and Head of the HUG Rheumatology Department, is one of the world’s leading specialists in these complex diseases and part of a European consortium whose aim is to better understand the causes and pathology of these inflammatory conditions.

Imbalance of IL-18 and its inhibitor in Still’s disease

Cytokines are small proteins involved in cell-to-cell interactions, whose role in triggering certain diseases is now being understood. One of them – interleukin-18 (IL-18) – specialises in immune and inflammatory responses.
“Recently, we successfully demonstrated the key role of IL-18 in Still’s disease”, says Professor Gabay. Patients with the condition have a very high level of this protein, correlating with the acute phases of the disease, and this rate fluctuates according to the inflammatory activity specific to this disease.

“Our idea was therefore to block the harmful action. It is also worth pointing out that the treatments currently offered to patients are very empirical, so our goal was to finally give them a safe and approved treatment”, he explains.

While IL-18 is useful for protecting the body against external pathogens, too much of the protein leads to a harmful overactivation of the immune system, resulting in the various symptoms experienced by patients. There is a naturally occurring inhibitor (‘IL-18 binding protein’), whose function is to bind to IL-18 to form an inactive complex, but people with Still’s disease have an imbalance of these proteins (ie, more IL-18 than its inhibitor), which triggers their symptoms.

Several years ago, a pharma company developed an injectable form of the IL-18 inhibitor, aiming to offer treatment for rheumatoid arthritis and psoriasis. The tests proved inconclusive and the formula was consequently abandoned.

However, Andrew Sleight, CEO of AB2 Bio Ltd, purchased the worldwide drug license, explaining: “We bought the rights to the drug and started working with Professor Gabay to assess its safety and efficacy in a clinical trial”.

Twenty-three patients, mostly suffering from forms of the condition that are resistant to standard treatments, were enrolled and divided into two groups: one receiving 80mg and the other 160mg via three subcutaneous injections per week for 12 weeks. Professor Gabay summarises the results: “We were initially reassured by the safety profile: there were very few serious side effects, only one of which was possibly related to the drug itself. In addition, 50 per cent of patients in both treatment groups showed a positive response to the drug after three weeks of treatment, and their symptoms decreased over the entire 12 weeks of follow-up. In contrast, patients who didn’t have a positive 80mg response did not have one with 160mg either.

These first results are extremely encouraging and mean we can plan a phase 3 trial to better evaluate the effectiveness of the drug.”

Researchers are currently in phase 2, which aims to ensure the safety of the product and determine the optimal dose. Phase 3 – the next step envisaged by Professor Gabay’s team together with AB2 Bio Ltd. – will aim to assess the actual efficacy of the drug.

Application for other orphan diseases

Patients with other orphan diseases associated with dysregulated production of IL-18 and its inhibitor, for which there is no effective treatment protocol, could also potentially benefit from these results.

In 2015, the life of a three-month-old girl was saved. Professor Gabay tells us what happened: “This child, who lives in the United States, had a rare inflammatory disease that was resistant to all treatment; she was in intensive care, and was going to die. Alerted by our American colleagues, we worked with AB2 Bio Ltd. to determine what dose she should be given. The Food and Drug Administration granted permission to use the drug in a last-ditch attempt to halt the disease. She rapidly responded to treatment and is now three years old, well and can lead a normal life with IL-18 inhibitor therapy. A glimmer of hope for other patients!”