Delivering insulin in a pill 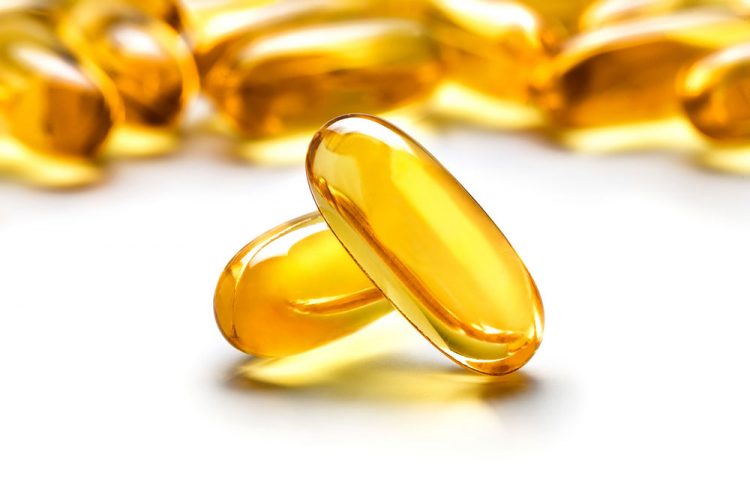 Given the choice of taking a pill or injecting oneself with a needle, most of us would opt to regulate a chronic health condition by swallowing a pill. But for millions of people living with type 1 diabetes, a painful needle prick once or twice daily is the only option for delivering the insulin that their bodies cannot produce on their own.

Now, researchers at the Harvard John A. Paulson School of Engineering and Applied Sciences (SEAS) have developed an oral delivery method that could dramatically transform the way in which diabetics keep their blood sugar levels in check.

Not only does oral delivery of insulin promise to improve the quality of life for up to 40 million people with type 1 diabetes worldwide, it could also mitigate many of the disease’s life-threatening side effects that result from patients failing to give themselves required injections.

Insulin therapy, by injection just under the skin or delivered by an insulin pump, generally keeps the glucose levels of most diabetics in check. “But many people fail to adhere to that regimen due to pain, phobia of needles, and the interference with normal activities,” said senior author Samir Mitragotri, Hiller Professor of Bioengineering and Hansjorg Wyss Professor of Biologically Inspired Engineering at SEAS. “The consequences of the resulting poor glycemic control can lead to serious health complications.”

Finding a way to deliver insulin orally has been elusive; the protein does not fare well when it encounters the stomach’s acidic environment and it is poorly absorbed out of the intestine. The key to the new approach is to carry insulin in an ionic liquid comprised of choline and geranic acid that is then put inside a capsule with an acid-resistant enteric coating. The formulation is biocompatible, easy to manufacture, and can be stored for up to two months at room temperature without degrading, which is longer than some injectable insulin products currently on the market.

“Once ingested, insulin must navigate a challenging obstacle course before it can be effectively absorbed into the bloodstream,” said Prof Mitragotri, who is also a Core Faculty Member at the Wyss Institute for Biologically Inspired Engineering at Harvard. “Our approach is like a Swiss Army knife, where one pill has tools for addressing each of the obstacles that are encountered.”

By encapsulating the insulin-ionic liquid formulation in an enteric coating, the team overcame the first obstacle, resisting breakdown by gastric acids in the gut. This polymer coating dissolves when it reaches a more alkaline environment in the small intestine, where the ionic liquid carrying insulin is released.

“When a protein molecule such as insulin enters the intestine, there are many enzymes whose function is to degrade the proteins into smaller amino acids,” explained first author Amrita Banerjee, who conducted the research while working as a postdoctoral fellow in Mitragotri’s lab, and is now an assistant professor at North Dakota State University. “But the ionic liquid-borne insulin remains stable.”

The choline-geranic acid formulation also was shown to be adept at penetrating two final barriers – the layer of mucus lining the intestine and the tight cell junctions of the intestine wall, through which large-molecule drugs such as insulin cannot easily pass.

Other researchers have tried various means of surmounting these barriers – by re-engineering the insulin molecule, coating it in protective polymers, and introducing additives to inhibit breakdown by enzymes or to enhance absorption. However, no oral insulin delivery product is currently available in the clinic.

“It has been the holy grail of drug delivery to develop ways to give protein and peptide drugs like insulin by mouth, instead of injection,” said Mark Prausnitz, Regents’ Professor and J. Erskine Love, Jr. Chair in Chemical and Biomolecular Engineering at Georgia Institute of Technology. Prausnitz, who was not involved in the research, added: “This study shows remarkable results where insulin given by mouth in combination with an ionic liquid works about as well as a conventional injection. The implications of this work to medicine could be huge if the findings can be translated into pills that safely and effectively administer insulin and other peptide drugs to humans.”

Orally ingested insulin would more closely mimic the way in which a healthy individual’s pancreas makes and delivers insulin to the liver, where up to 80 percent is extracted and the rest is circulated through the bloodstream. It could also mitigate the adverse effects of taking injections over long period of time.

Dr Banerjee also noted that ionic liquid-borne insulin can be prepared in a one-step process that could be readily scaled up for inexpensive industrial production, making the cost of manufacturing the oral formulation easily manageable.

Prof Mitragotri next plans to conduct more animal tests of the formulation as well as long-term toxicological and bioavailability studies. The researchers are optimistic that if all goes well, gaining approval for eventual clinical trials in humans will be made easier by the fact that the key ingredients in their ionic liquids – choline and geranic acid – are already considered safe. The Food and Drug Administration has established a daily recommended dose of choline, a vitamin-like essential nutrient; and geranic acid, a chemical that naturally occurs in cardamom and lemongrass, is widely used as a food additive.

If further research progresses as hoped, the approach could be used for oral delivery of other proteins.

The research was published in the Proceedings of the National Academy of Sciences.