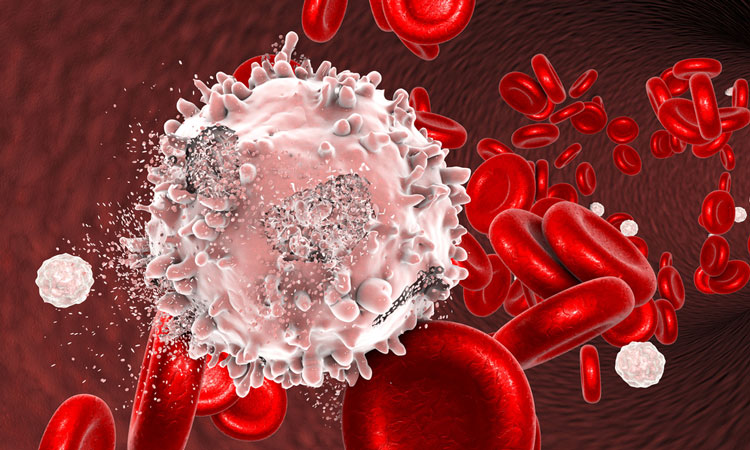 The FDA has approved the first non-chemotherapy combination drug to be used as a treatment for the most common form of leukaemia in adults.

A combination of ibrutinib with obinutuzumab has been approved, with The Janssen Pharmaceutical Companies making the announcement. The therapy will be suitable for patients with chronic lymphocytic leukaemia/small lymphocytic lymphoma (CLL/SLL).

This is the first approval for a non-chemotherapy combination regimen for treatment-naïve patients with CLL/SLL, and marks the tenth FDA approval for IMBRUVICA since its US launch. The approval expands the label for IMBRUVICA (ibrutinib) in frontline CLL/SLL beyond its use as a monotherapy to include combination use with obinutuzumab. IMBRUVICA, a Bruton’s tyrosine kinase (BTK) inhibitor.

“In just a few years, IMBRUVICA has become an important treatment for chronic lymphocytic leukaemia. IMBRUVICA as a single agent – and now as a combination with obinutuzumab – provides patients with CLL with an alternative to frontline treatment with chemoimmunotherapy,” said Dr Carol Moreno, Consultant Hematologist, Hospital de la Santa Creu Sant Pau, Autonomous University of Barcelona, Barcelona, Spain, and lead investigator of the iLLUMINATE study.

“This label update builds upon the established efficacy and safety of IMBRUVICA in the frontline treatment of patients with CLL/SLL, as a monotherapy or in combination with other treatments,” said Dr Craig Tendler, Vice President, Clinical Development and Global Medical Affairs, Janssen Research & Development, LLC. “This milestone represents our continued commitment to develop IMBRUVICA-based, non-chemotherapy regimens to address the clinical needs of patients living with CLL/SLL.”

The FDA also updated the IMBRUVICA label to include additional long-term efficacy data supporting its use as a monotherapy in CLL/SLL, with approximately five years of follow-up from the Phase 3 RESONATE (PCYC-1112) and RESONATE-2 (PCYC-1115, PCYC-1116) international studies.

The data were recently presented in an oral session at the 2018 American Society of Hematology (ASH) Annual Meeting and simultaneously published in The Lancet Oncology.