New research suggests that adding extra COVID-19 peptides to a dose of vaccine could increase effectiveness in populations that may not respond robustly to COVID-19 vaccines. 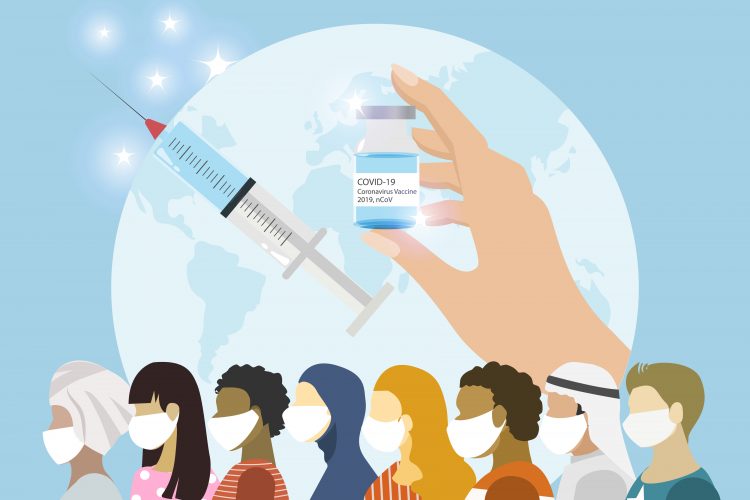 A new study suggests that the effectiveness of COVID-19 vaccines may vary dependent on race, despite companies asserting that the efficacy of their vaccines was conserved across racial and ethnic groups.

Following concerns over such assertions, scientists at the Massachusetts Institute of Technology (MIT)’s Computer Science and Artificial Intelligence Lab (CSAIL), US, investigated whether the effectiveness of vaccines may vary depending on a person’s race – and concluded that it might.

“There are obviously many other factors to consider, but our preliminary results suggest that, on average, people of Black or Asian ancestry could have a slightly increased risk of vaccine ineffectiveness,” said MIT professor David Gifford, senior author of the new paper published on BioRxiv. “Our work shows that clinical trials need to carefully consider ancestry in their study designs to ensure that efficacy is measured across an appropriate population.”

In their paper, Gifford and his PhD students, Ge Liu and Brandon Carter, also presented an approach that could improve the effectiveness of vaccines for certain populations: adding a small number of additional COVID-19 peptides to a given dose of vaccine.

According to the team, augmenting vaccine doses with between five and 20 additional peptides could improve vaccine efficacy to nearly 100 percent in all populations. Their paper shows that, in a set of populations for whom the vaccine is between 95 and 99 percent ineffective, as more peptides are added, the vaccine approaches 100 percent effective.

Gifford suggested that vaccines would be most effective if at least six COVID-19 vaccine peptides were displayed to immune cells by the Major Histocompatibility Complex (MHC), which regulates immune activation.

The team are now collaborating with other researchers to test their vaccine designs in animal models and want to ascertain whether including more viral peptides will offer better protection than the vaccines currently in clinical trials.

Their research will be published later this month in Cell Systems.