Posted: 10 May 2022 | European Pharmaceutical Review | No comments yet

Northwestern Medicine scientists have identified a drug, abemaciclib, that inhibits growth of the most aggressive meningiomas and identified a way to predict recurrence more accurately. 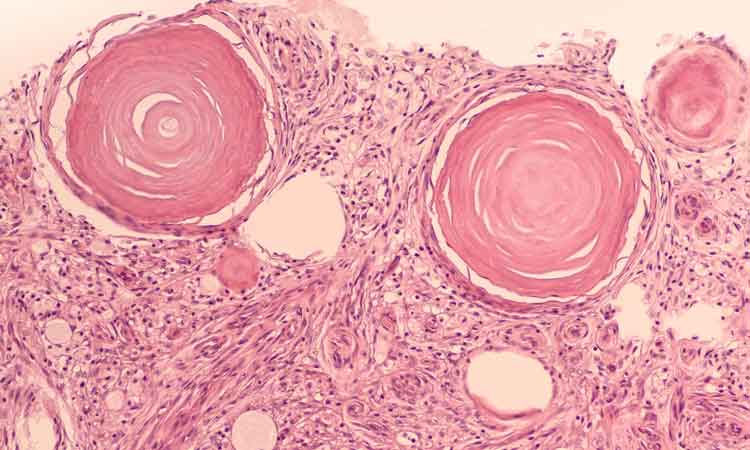 Currently, after surgery, doctors examine a specimen of a tumour under a microscope and grade it one, two or three in its aggressiveness. But the grade is only about 70 percent accurate, meaning some tumours will behave in a way that does not align with how it appears under the microscope.

“Our study identifies which patients we should treat with this drug, because their tumour will likely respond to it,” commented study leader and corresponding author, Dr Stephen Magill, an assistant professor of neurological surgery at Northwestern University Feinberg School of Medicine and a Northwestern Medicine physician. “We now have the potential to give them options and hope for a longer, symptom-free life.”

Meningiomas are the most common primary (non-metastatic) tumour in the central nervous system, with about 31,000 people diagnosed with a meningioma every year in the US. No drugs are approved for these aggressive tumours, which occur in up to 20 percent of cases and can lead to patient disability or even death.

The drug identified in the study, abemaciclib, is a cell cycle inhibitor, meaning it blocks the cell division cycle and inhibits tumour growth.

“Eventually we hope to tailor medical therapy to the genetic changes within each individual person’s meningioma,” Magill stated.

Investigators studied molecular changes in the tumour to understand what drives its growth and design therapies that target the Achilles’ heel of the tumour. Through DNA methylation profiling and RNA sequencing on 565 meningiomas, the investigators were able to see what genes were expressed by the tumour and the level of expression, revealing a signature of the DNA.

“By doing that we found three separate groups of meningiomas based off their biology. For each group, we found a different biological mechanism promoting the tumors’ growth, with each group having a different clinical outcome.” These groups are different than the previous grading system and “are more accurate at predicting the clinical behavior of the tumour,” Magill added.

Scientists discovered that aggressive tumours have multiple molecular changes in a common pathway of cell division that enables the cells to divide more and come back after surgery.

“We wondered if by inhibiting that pathway we could stop the tumours from growing,” Magill continued. “We tested that in multiple ways and found it was true in patients, mouse models and cell cultures.”

Mice with meningiomas treated with the medication lived longer and their tumours didn’t grow as rapidly. The drug was also used off label as compassionate use in several patients whose tumours decreased in size and whose symptoms improved, suggesting the drug should be considered for clinical trials.

The next steps in the research are to validate these findings in additional populations and build on them to determine whether we can use molecular features to predict which meningioma patients should be treated with radiation in addition to surgery.

Scientists plan to translate these findings and methods to make this molecular profiling generalizable and available to all patients with meningioma.

Scientists validated their findings in an independent cohort by collaborating with investigators at the University of Hong Kong.

The study was published in Nature Genetics.