Using AI, researchers have produced a nanozyme treatment for regenerating hair in mice, delivered via a microneedle. 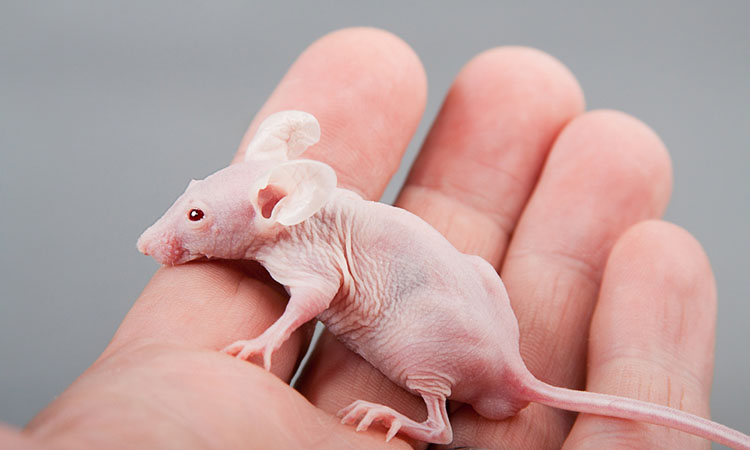 Researchers from Qingdao University of Science and Technology, China have used artificial intelligence (AI) to predict compounds that could neutralise baldness-causing reactive oxygen species in the scalp. Using the best candidate, they constructed a proof-of-concept microneedle patch and effectively regenerated hair on mice.

Reporting in ACS’ Nano Letters, about the condition androgenic alopecia, the researchers explained that hair follicles can be damaged by androgens, inflammation or an overabundance of reactive oxygen species, such as oxygen free radicals.

When the levels of oxygen free radicals are too high, they can overwhelm the body’s antioxidant enzymes that typically keep them in check. Superoxide dismutase (SOD) is one of these enzymes, and researchers have recently created SOD mimics called “nanozymes.”

However, so far, those that have been reported are not very good at removing oxygen free radicals. So, Lina Wang, Zhiling Zhu and colleagues wanted to see whether machine learning, a form of AI, could help them design a better nanozyme for treating hair loss.

The researchers chose transition-metal thiophosphate compounds as potential nanozyme candidates. They tested machine-learning models with 91 different transition-metal, phosphate and sulphate combinations, and the techniques predicted that MnPS3 would have the most powerful SOD-like ability.

Next, MnPS3 nanosheets were synthesised through chemical vapour transport of manganese, red phosphorus and sulphur powders. In the initial tests with human skin fibroblast cells, the nanosheets significantly reduced the levels of reactive oxygen species without causing harm.

Using these results, the team prepared MnPS3 microneedle patches and treated androgenic alopecia-affected mouse models with them. Within 13 days, the animals regenerated thicker hair strands that more densely covered their previously bald backsides than mice treated with testosterone or minoxidil.

The researchers say that their study produced both a nanozyme treatment for regenerating hair and indicated the potential for computer-based methods for use in the design of future nanozyme therapeutics.

Qingdao University of Science and Technology

Qingdao University of Science and Technology